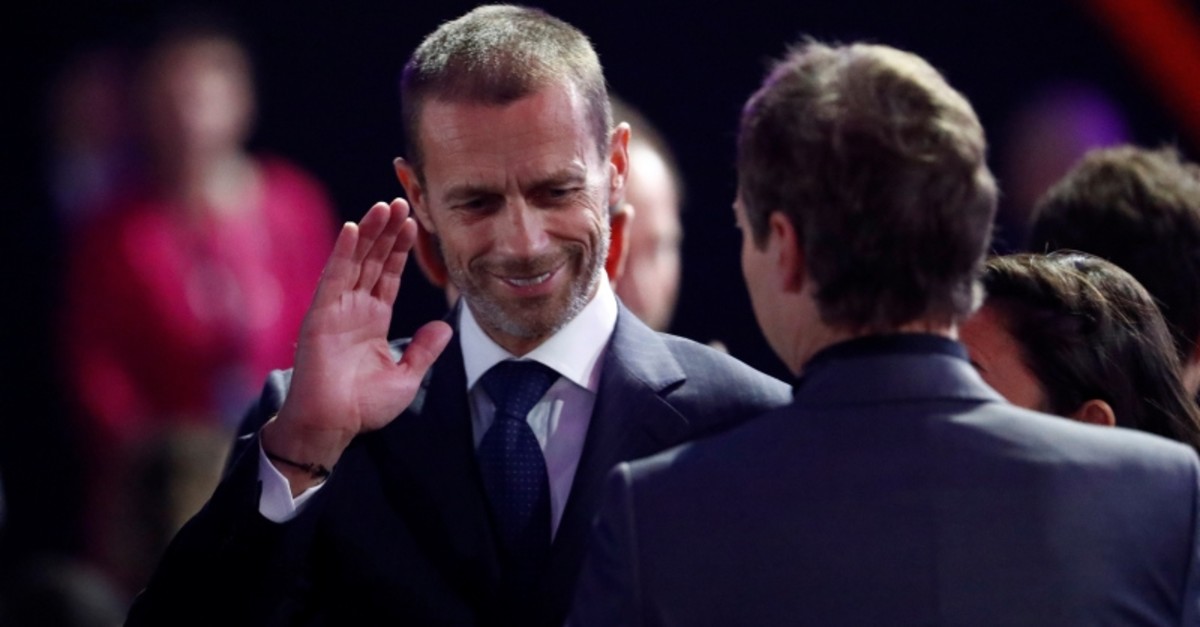 UEFA President Aleksander Ceferin said European football's governing body is trying to tackle the problem of racism in the game but conceded it could do more.

A series of racist incidents have tainted European football recently, with Italian striker Mario Balotelli threatening to walk off the field after receiving alleged abuse from Hellas Verona fans last month while Shakhtar Donetsk forward Taison was shown a red card for reacting to racist jeers during a match. England's Euro 2020 qualifier against Bulgaria in October was halted twice after fans at Sofia's Levski Stadium taunted visiting black players with Nazi salutes and monkey chants.

"I am not so naive to think that we've done all we can and now everything is finished. We haven't," Ceferin told the Daily Mirror. "We are trying and we care. We are not just some guys in Nyon sitting eating fancy food and driving Ferraris."

Ceferin said UEFA had discussed the issue with European governments but added that it would take time to win the battle against racism in football. "I went recently to the EU. We speak with governments. We are trying to do something," he said. "You see, it takes time. It takes a lot of effort, a lot of discussions."