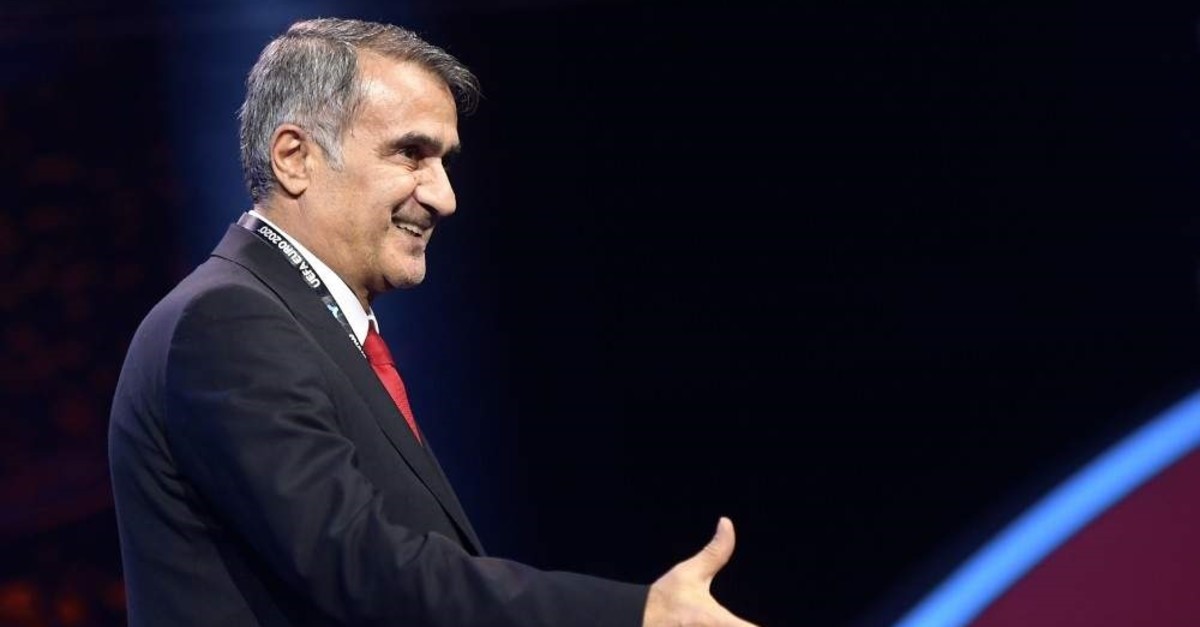 by Daily Sabah Dec 04, 2019 3:30 pm
Turkish national team coach Şenol Güneş pledged “beautiful days” ahead for fans looking forward to Turkey’s Euro 2020 campaign. Speaking at a press conference in Istanbul on Wednesday, the veteran coach who helped Turkey finish the group qualifiers in second place said he was “proud” of the former underdogs.
Turkey's national team is looking to restore its international reputation after skipping multiple world cups. Under Güneş, the team has raised its profile as a force to be reckoned with thanks to a successful streak of victories in the Euro 2020 qualifiers. In the first round, Turkey will be pitted against Italy, Switzerland and Wales in the pan-European competition.
“I am looking forward to World Cup 2022, but we have to focus now on Euro 2020. I believe we will see beautiful days ahead. This is a team giving hope and confidence. They will do well,” he told reporters. “I am happy and proud to make the national team a source of national pride once again, having dropped from B to C status in the UEFA Nations League,” he said.
Güneş acknowledged that their rivals in Euro 2020 were tough. “There are no weak teams there, but we can compete against them well. They are going to be good matches. We are also happy to play against Italy first,” he said.
Last Update: Dec 20, 2019 2:08 am
RELATED TOPICS