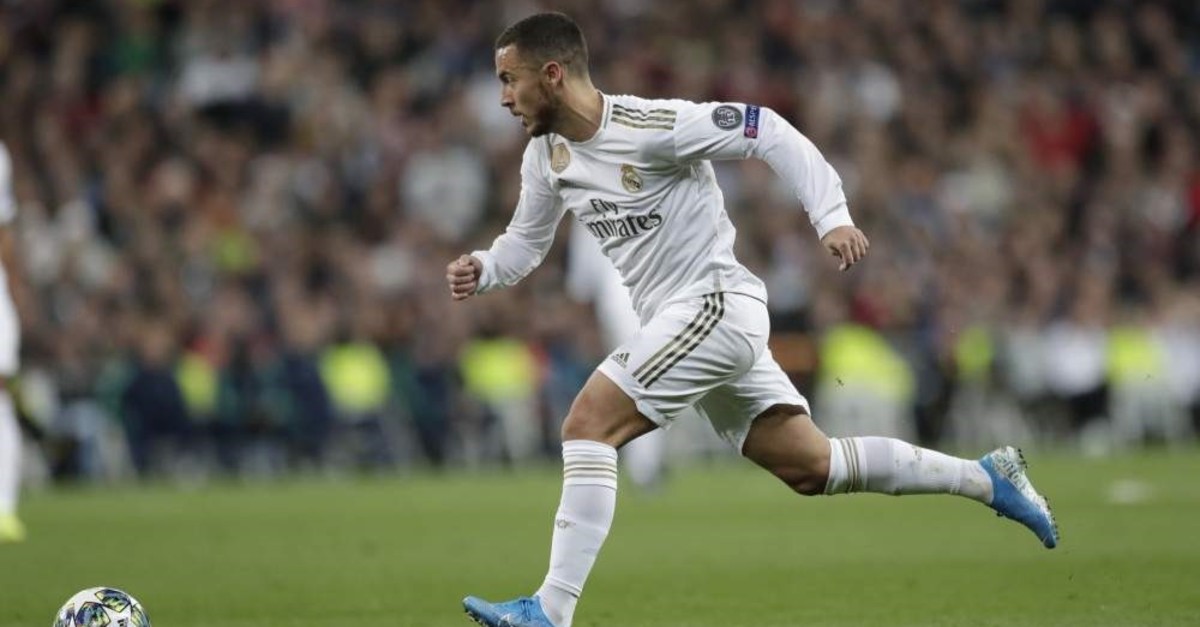 Eden Hazard is set to miss El Clasico against Barcelona after further tests revealed a fracture in his right ankle, Real Madrid confirmed Thursday.
Hazard was forced off during the draw with Paris Saint-Germain in the Champions League last week and despite Zinedine Zidane saying after the match he had suffered a "bad twist," Madrid announced the Belgian had been diagnosed with "bruising." But further tests have shown a fracture, with Hazard now expected to be out for around four to six weeks. It would mean he will sit out the Clasico at Camp Nou on Dec. 18.
"After tests performed on our player Eden Hazard by the Real Madrid Medical Services during the process of improving the bruising in his right leg, he has been diagnosed with an incomplete external fracture in that area," said a club statement.

Madrid's Brazilian left back Marcelo is also likely to miss the game against Barcelona after the capital city club confirmed the defender has suffered an injury in his left calf. But Hazard's absence is the bigger blow to Zidane's side, who sit second in La Liga, behind Barca only on goal difference. It would have been the 28-year-old's first Clasico since he joined Real Madrid from Chelsea for 100 million euros ($110 million) last summer.

Hazard had shown glimpses of his best form in recent weeks after a slow start in Spain, in part due to a thigh strain he picked up at the beginning of the season. Madrid plays Espanyol at home on Saturday before three consecutive away games, against Club Brugge in the Champions League, followed by matches against Valencia and Barca. Its last fixture before the Christmas break will be at home against Athletic Bilbao.