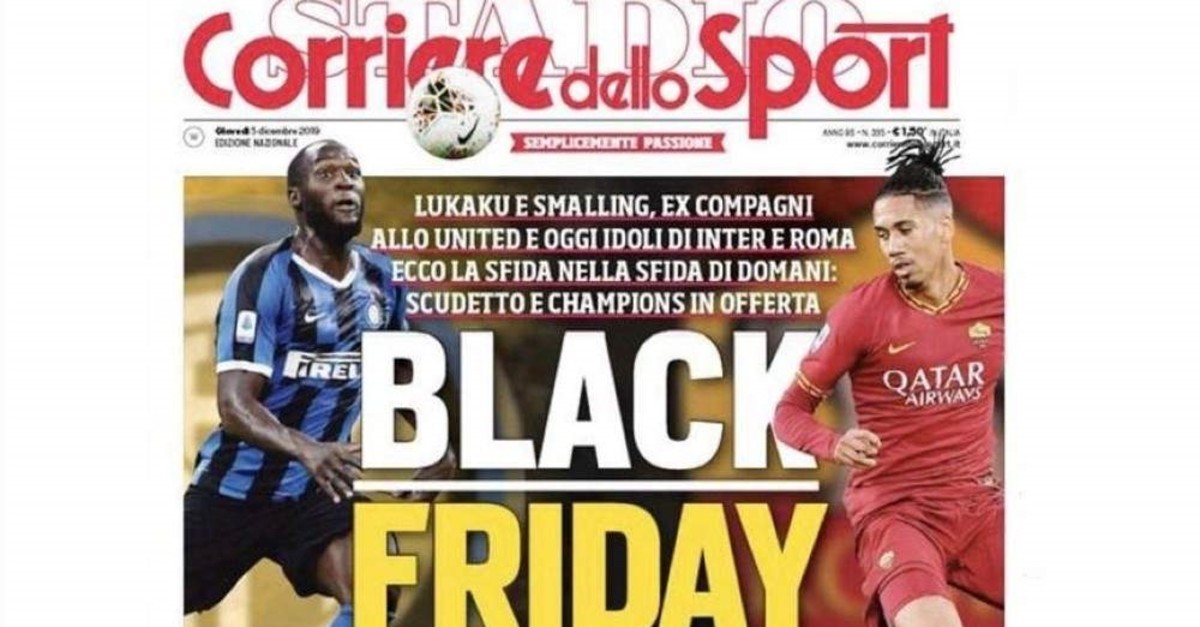 An Italian sports newspaper drew the ire of football clubs Inter Milan and Roma when it used and an offensive headline about black players in its Thursday edition.

Corriere dello Sport used the phrase "Black Friday" in its headline in reference to Inter's Belgian forward Romelu Lukaku and Roma’s English defender Chris Smalling as the two teams square off Friday in an Italian Serie A match in Milan.

"Football is passion, culture and brotherhood. We are and always will be opposed to any form of discrimination. #BUU #BrothersUniversallyUnited #NoToDiscrimination #FCIM," Inter said on Twitter.

"The Corriere dello Sport headline? I don't think it's a good choice of words. We need to be more aware when we talk about issues related to racism, we need to be more considerate," Roma manager Paulo Fonseca said in a pre-match news conference on Thursday.

"It is totally unacceptable to see such casual ignorance on racism. We will not stay silent on this issue... #togetheragainstracism," the club tweeted.

Lukaku and Smalling were teammates from Manchester United and the duo moved to Italy in the 2019 summer.

Italy has suffered from high-profile racism this season with football overshadowed by hate speech against black players.

Lukaku was targeted during an Italian Serie A match in September in which Cagliari fans cheered "monkey” while he was taking a penalty kick.

Brescia's forward Mario Balotelli, who is an Italian national with Ghanaian roots, was racially abused by Hellas Verona fans by making monkey chants, in a match in November.

Balotelli, 29, showed his disgust by kicking the ball into the crowd.

He wanted to leave the pitch but was stopped by teammates and Hellas Verona players.