Serie A heats up as Inter welcomes Roma, Juve at Lazio 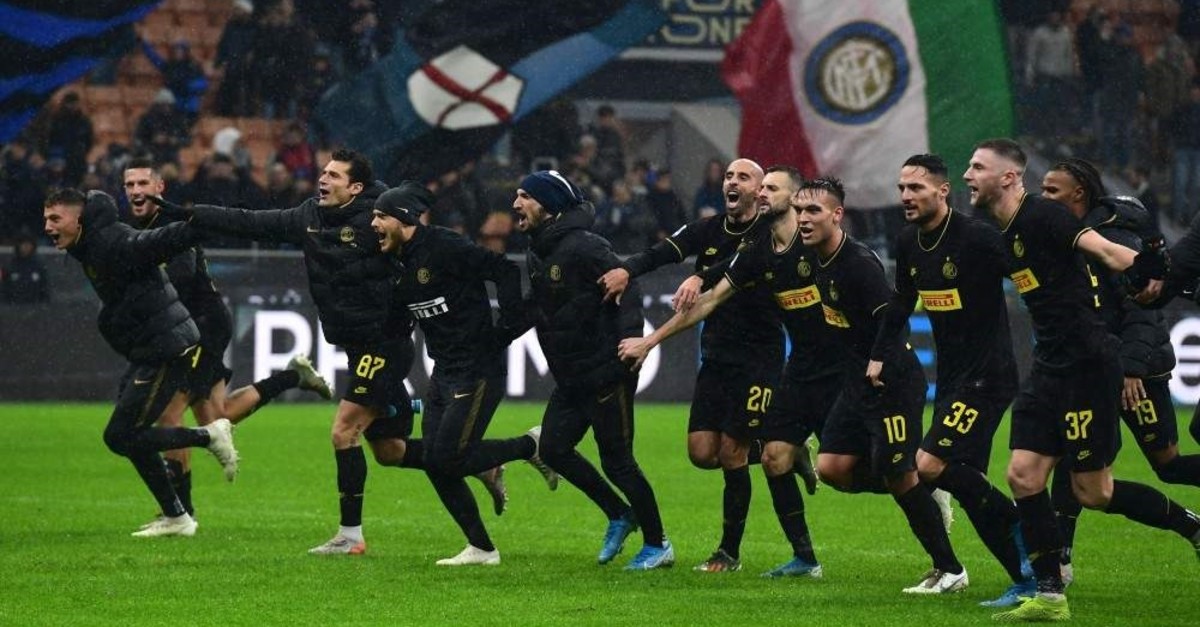 Big games against the two Rome sides await leaders Inter and champions Juve, who possibly face the toughest test against a Lazio side led by in-form scorer Immobile

Front-runners Inter Milan will welcome Roma Friday to open a Serie A weekend highlighted by clashes among four high-tier sides. The Nerazzurri, on 37 points from 14 games, moved past champions Juve last weekend and looks to retain or possibly extend their one-point lead as the Bianconeri travel to Rome against third-place Lazio (30) on Saturday. Roma sits two points behind the city rivals and has enjoyed a positive run as the team seems to have adjusted to the schemes of new coach Paulo Fonseca. "Inter is top and we are fifth. We have won three games in a row, and we go to Milan looking to put in a great performance," French midfielder Jordan Veretout said. "They are a top side; they are first in the league; they are very physical. Lautaro (Martinez) and (Romelu) Lukaku are difficult for any defense to contain – so we'll need to put in a top performance to get a positive result."
Martinez sealed Sunday's 2-1 win against SPAL with a brace, moving within two goals of Lukaku's 10. "I get along really well with Lukaku, he's a fantastic person off the pitch too," the Argentinian said. "Our aim is to score as many goals as possible to help the team. I'm always focused when I step onto the pitch, with my mind already set on the game. I'm happy with how I'm doing. It's also a question of luck, obviously, but you should never overlook a single detail at any point in the match." The fast and diminutive Martinez is in for fierce tackling from the towering Chris Smalling, who will also pull no punches to thwart Lukaku, a close friend from the last two seasons they played together at Manchester United.
Veteran Henrikh Mkhitaryan, who is recovering from a two-month layoff, was also with them at Manchester before moving to Arsenal. then being loaned to Roma in September. Defense focus will be crucial for Juve at Stadio Olimpico, where Lazio captain Ciro Immobile boasts a top-scorer tally of 17 goals. Juve played possibly its worst game of the season on Sunday when lowly Sassuolo took home a 2-2 draw to evidence the poor form of several Bianconeri.
Cristiano Ronaldo, on just six goals, has struggled in one of his worst ever spells as the Bianconeri have seldom displayed the effervescent play coach Maurizio Sarri was hired for in the summer.
Surprisingly good football has been produced by underdogs Cagliari, who are ahead of Roma on goal difference before Sunday's game at Sassuolo. Newcomers Verona has also played above par and sits ninth on 18 when they visit sixth-place Atalanta on Saturday.
Troubled Napoli languishes in seventh on 20 points and completes the day's program away to Udinese. The Neapolitans on Wednesday agreed on a retreat they mutinied against when it was ordered by club president Aurelio De Laurentiis, who has sued and imposed fines on the team. Sunday action sees backmarkers Brescia visit SPAL with Eugenio Corini back at the helm after a three-defeat term under Fabio Grosso. Sampdoria v Parma, Bologna v AC Milan, Torino v Fiorentina and Lecce v Genoa complete matchday 15.
Last Update: Dec 20, 2019 2:10 am
RELATED TOPICS