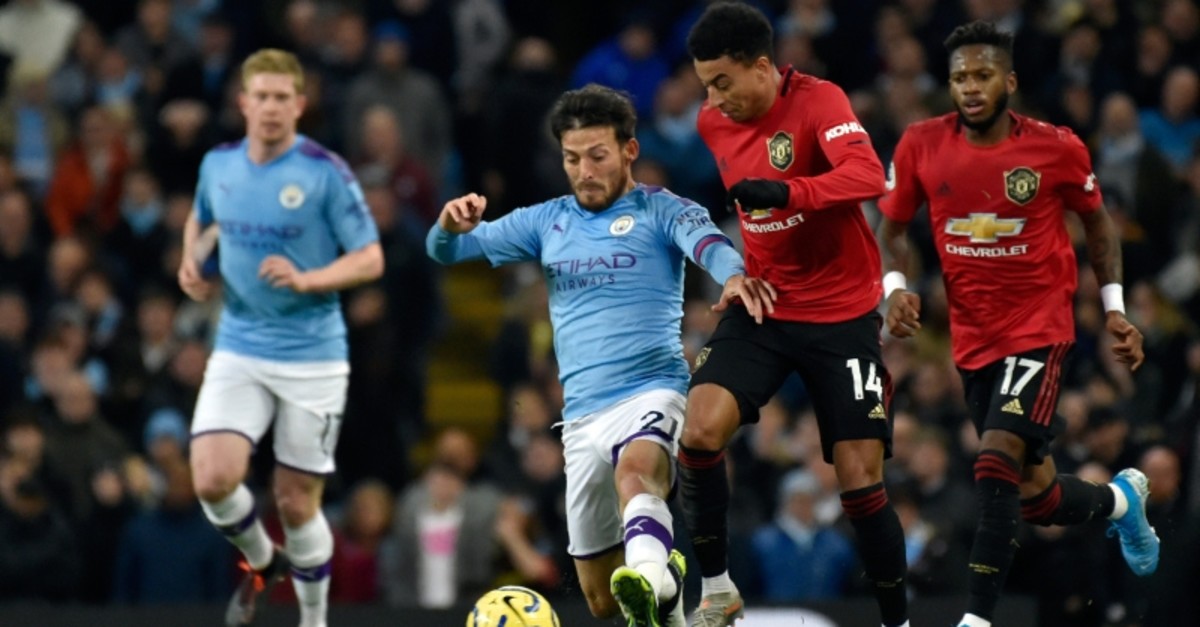 In the same incident, as Fred prepared to take a corner with United leading 2-0, a fan was caught on camera appearing to mimic a monkey at the Etihad Stadium.

City’s problems were not just coming from their fans.

The champions were torn apart by the fifth-place visitors in the first half, conceding goals in a six-minute span from Marcus Rashford’s penalty and Anthony Martial’s strike.United were a constant threat on the counter-attack with the pace of the front three but crucially showed organization and resilience to cope with City's inevitable response after the break.

Although Nicolas Otamendi’s header reduced the deficit in the 85th, City couldn’t prevent United from claiming only a second away win of the season. It left City with as many losses — four — as last season. And Pep Guardiola’s side fell 14 points behind Liverpool, which is 11 points ahead of Leicester.

This was City's fourth defeat of the season and 32 points marks Guardiola’s worst return after the first 16 matches of a top-flight season in his managerial career.

For United, now up to fifth and within eight points of City, it was the finest Premier League win for their manager Ole Gunnar Solskjaer and capped a perfect week after they beat Jose Mourinho's Tottenham on Wednesday.