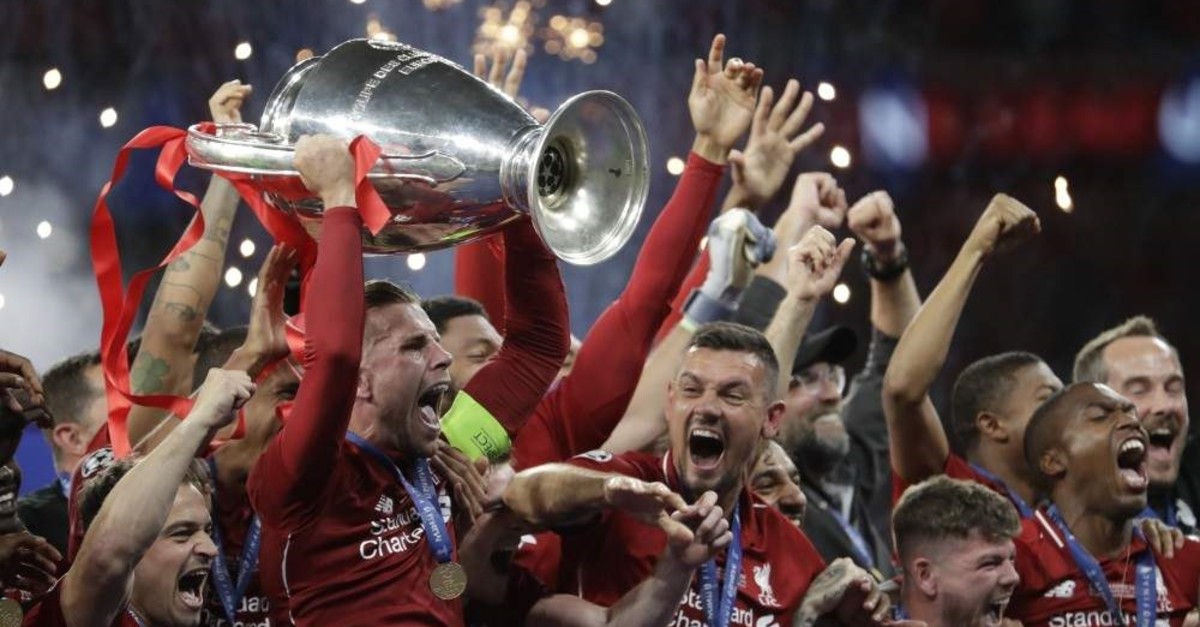 The last matches are set to be played this week for the last 16 of the Champions League. 2018's champion Liverpool finds itself looking to clinch to knockout stage when it takes on Salzburg on Tuesday

Holder Liverpool is under pressure and other big names are fighting for a place in the last 16 of the Champions League as the group stages go into the final round of matches. Eight teams have already bagged a place in the knockout stages, and eight more places are up for grabs on Tuesday and Wednesday.

Just over six months after lifting the trophy, Juergen Klopp's Liverpool finds itself still needing a point in a tricky trip on Tuesday to RB Salzburg, who has everything to play for.
Premier League leader Liverpool is coming off a 3-0 win at Bournemouth – its 15th win in 16 league games but a first clean sheet in 15 games. "Obviously everybody was desperate for that, now we have it so let's have it more often," said Klopp. "The next game where a clean sheet would be useful is already around the corner, against Salzburg on Tuesday. It feels good."

Liverpool is in one of two groups that have yet to see a team assured of progress, with Napoli also in contention in Group E and needing a draw at home to Genk or for Liverpool to avoid defeat in Salzburg.

Group H is also a three-way battle for the top two places where last season's semifinalists Ajax meet Valencia in a crunch match Tuesday, the Dutch side needing a point to advance.

Chelsea knows a win over tailenders Lille will ensure progress, but Valencia has the better head-to-head over the Londoners if both end level on points behind Ajax. "Our target is to win every game and Tuesday we have a final, it's like the knockout stages already for us," Chelsea captain Cesar Azpilcueta said.

Barcelona is already through from Group F, leaving Inter Milan and Borussia Dortmund scrambling for the runners-up spot. Inter has its fate in their own hands when it greets Barca on Tuesday, while Dortmund, level with Inter on points but behind on the head-to-head, entertains Slavia Prague needing to outpoint the Serie A side.

Tuesday's matches also see Zenit St. Petersburg and Lyon vying to join RB Leipzig in the next round from Group G where head-to-head scenarios also come into play.

Lyon knows a win at home to Leipzig will see it through, but a draw could be enough if Zenit loses at Benfica. A win for Zenit will only suffice if Lyon does not beat Leipzig, but draws by both Lyon and Zenit would put the Russian side through.

Atletico Madrid is hoping to join them with a win over visiting Lokomotiv Moscow in Group D for the second spot behind Juventus. Bayer Leverkusen welcomes Juve needing a victory while hoping Atletico fails to win. For Atletico, it will be a case of finding its goalscoring touch after bagging just 16 in 16 La Liga games this season. "We have to make sure that anxiety does not get the better of us," coach Diego Simeone said. "The more anxious we are in front of goal the less precision there will be."

Group C sees a three-way fight to join Manchester City. Shakhtar Donetsk is best placed as they welcome Atalanta, while Dinamo Zagreb will need to beat City at home and hope Shakhtar fails to win. Atalanta coach Gian Piero Gasperini has praised his side for still being in contention in its Champions League debut campaign. "We still have a chance to stay in Europe, hopefully in the Champions League," he said. "We must win against a strong team, as we saw in the first game (lost 2-1 at home). But I think we have grown since then. We need to do something extraordinary to stay in."

Bayern Munich as Group B winners welcomes Tottenham Hotspur, who is also through but keen under new manager Jose Mourinho to make amends for a 7-2 thrashing at home by the Bundesliga champions. Mourinho will ring the changes and rest striker Harry Kane. Olympiakos meanwhile greets Red Star Belgrade with a Europa League place at stake. Group A winners PSG meanwhile finish its group-stage campaign at home to Galatasaray, and Real Madrid is at Bruges. The Turkish and Belgian sides still have a Europa League place to play for.