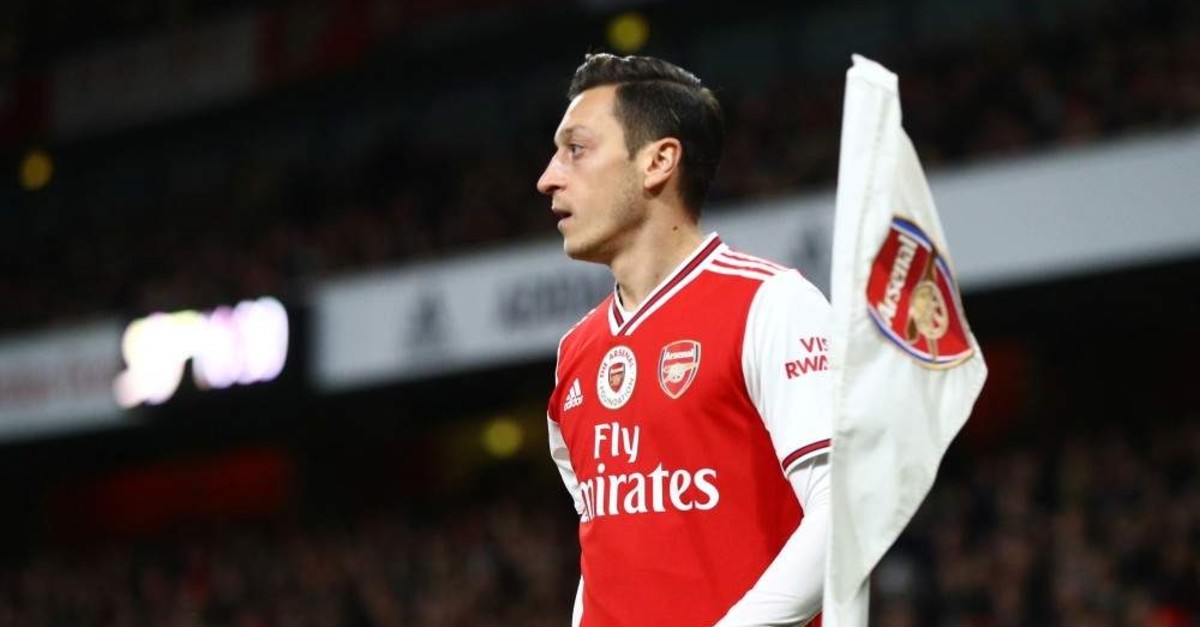 Özil on Friday accused Muslims of staying silent over China's oppression against minority Uighurs, calling Uighurs "warriors who resist persecution... Glorious believers who put up a fight alone against these who forcefully move people away from Islam.”

The match was played on Sunday and was scheduled to air shortly after midnight on Monday, according to the program published on the Premier League’s official Weibo account.

By Sunday, however, the Arsenal-Manchester City matchup had been replaced with a pre-recorded match between Tottenham and Wolverhampton Wanderers.

China's Xinjiang region is home to around 10 million Uighurs. The Turkic Muslim group, which makes up around 45% of Xinjiang's population, has long accused China's authorities of cultural, religious and economic discrimination.

Up to 1 million people, or about 7% of the Muslim population in Xinjiang, have been incarcerated in an expanding network of "political re-education" camps, according to U.S. officials and U.N. experts.

In a report last September, Human Rights Watch accused the Chinese government of carrying out a "systematic campaign of human rights violations" against Uighur Muslims in Xinjiang.

Arsenal distanced itself from Özil’s statements on Twitter, saying on Saturday that the club has “always adhered to the principle of not involving itself in politics.”

Some Weibo users responded angrily to the Turkish-German Arsenal midfielder’s comments, calling for his games to be banned in China.

CCTV has a record of cancelling sports broadcasts due to political stances expressed by coaches and players.

In October, Houston Rockets General Manager Daryl Morey tweeted support for protesters in Hong Kong, sparking severe backlash in China. CCTV responded by pulling two NBA pre-season games from its schedule, and has not broadcast a single Rockets game since then.