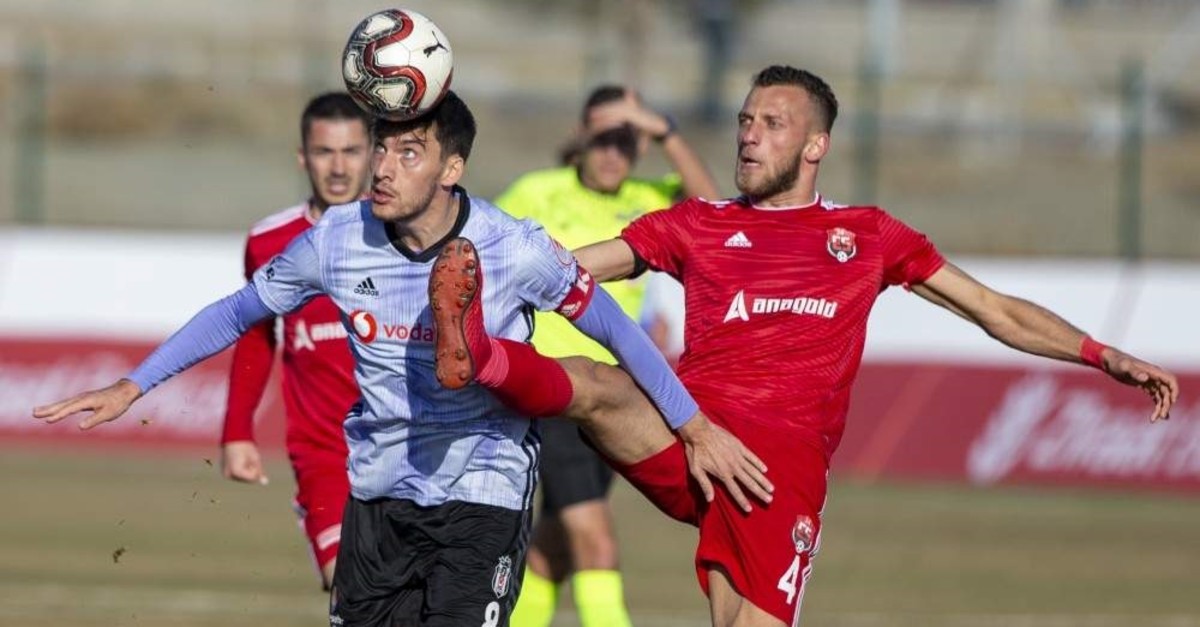 by Daily Sabah Dec 18, 2019 5:42 pm
Anagold 24 Erzincanspor of Turkey’s third-tier 3. Lig, handed a surprise defeat to Süper Lig giant Beşiktaş on Wednesday in the Ziraat Türkiye Cup. Hosting the Süper Lig powerhouse for the first time, 3. Lig leader’s Yunus Emre Çakır and Osman Şahin scored the team’s only goals in the 45th minute and 89th minute.
Beşiktaş, which has faced underdogs from around Turkey to get to this point, defeated Erzincanspor 3-0 in the first match. So despite Wednesday’s defeat, the team advanced to the next round of the tournament.
Yet, Beşiktaş coach Abdullah Avcı was “not happy” with the team’s performance. “We did not put on a good game. We went against a team trying to do the right thing. It does not matter whoever you play against or wherever you play. You definitely do not want to lose,” Avcı said. He said although they qualified for the next round, he was not pleased with the team’s overall performance or the individual performances of each player.
The Black Eagles were on the pitch with a lineup lacking its ace players. Avcı gave an opportunity to younger players and players with less playing time in Süper Lig matches against Erzincanspor. Among them were Utku Yuvakuran, Kerem Kalafat, Erdoğan Kaya, Oğuzhan Özyakup and Rıdvan Yılmaz.
Last Update: Dec 20, 2019 2:30 am
RELATED TOPICS