Deaf and mute fan puzzled over fine for insulting chant 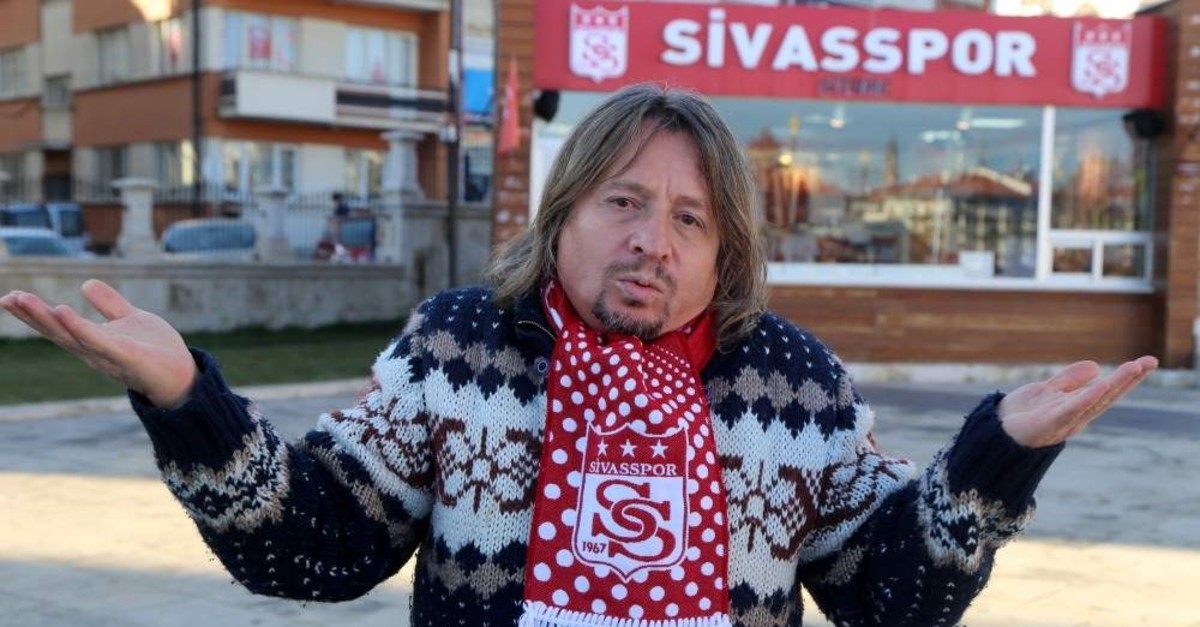 İlhan Biçer, a long-standing fan of Demir Grup Sivasspor, is puzzled over a match ban he received from the Turkish Football Federation.

The federation said he was apparently among a group of fans of the Süper Lig side punished for their "ugly and bad chant" and insulting players on the pitch. There is one problem though: Biçer is deaf and mute. The 46-year-old man, aided by his son, spoke to reporters on Thursday and complained about the punishment, a one-match ban from the stadium. He will miss Sivas' next game against Gençlerbirliği due to the ban.

Biçer and his son were among dozens of fans in a section of the stadium during a Dec. 7 match between Sivasspor and BtcTurk Yeni Malatyaspor who also face a blanket ban for inappropriate chants.

Talking to reporters through his son, who also serves as his sign language interpreter, Biçer said the ban was "meaningless."

"I travel for every away match of Sivasspor. The federation made a big mistake and should be ashamed. I am not capable of insulting anyone, and I did not see anyone swearing or insulting players in the section where I was watching the match. We expect the federation to rectify this mistake," he said.

Cihan Biçer said they were not aware of the ban until they tried to buy a ticket online for the Gençlerbirliği match.

"We saw a ban warning for our Passolig card (a card fans are required to have to attend Süper Lig matches). I really do not understand the motive of the federation. There should be some sort of exception for disabled people in such bans. There are many disabled fans like my father. They should not be subject to such practices," he said.

İlhan Biçer was banned from another match three years ago, but Sivasspor Chairman Mecnun Otyakmaz intervened and the federation lifted the ban.