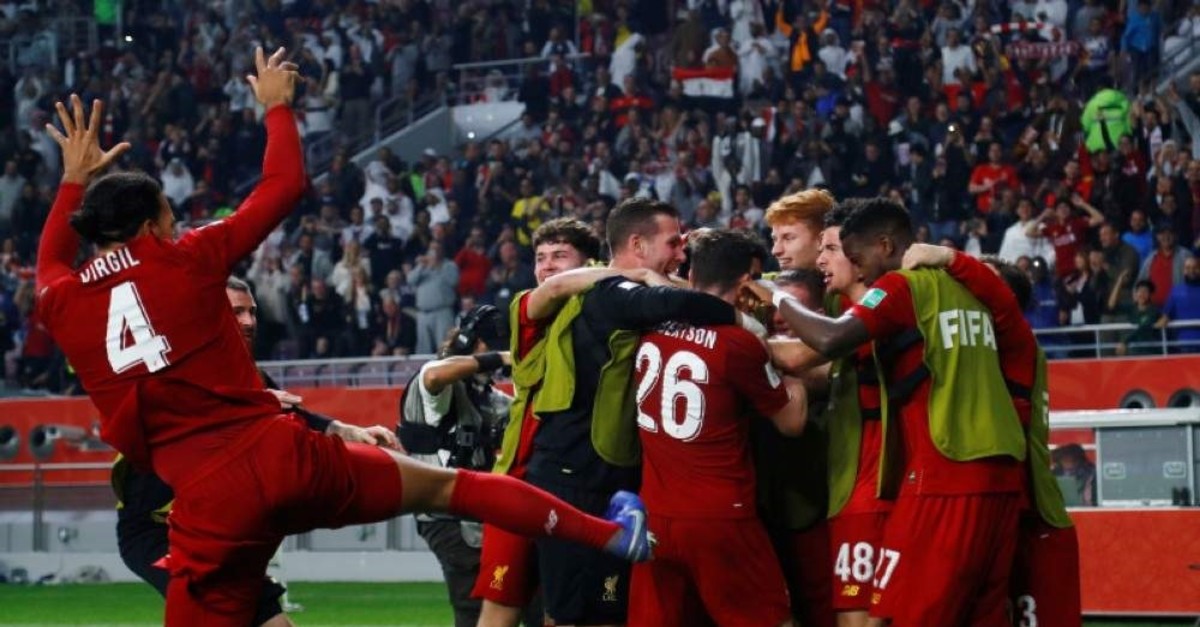 Firmino was picked out by Sadio Mane and waited for goalkeeper Diego Alves to commit before slotting low into the net in the 99th minute of an absorbing contest at the Khalifa International Stadium.

It was the moment that finally punctured the hopes of the Brazilian side and their vibrant support after Liverpool had been denied a penalty by the video assistant referee (VAR) right at the end of normal time.

The Qatari referee initially gave a spot-kick for a foul on Mane by Rafinha on the way into the box, but changed his mind following a lengthy review, forcing the contest into an extra 30 minutes.

Still, the European champions had enough to come out on top, with Firmino repeating his semifinal heroics when he scored an injury-time winner against Monterrey of Mexico.

"I couldn't be more happy for him that he could score that goal because before the game we spoke a lot about what this competition means to South American people and especially Brazilian people," Klopp said.

"It means the world to him, it helped us and on top of that it was a sensational goal."

The victory completes a fabulous year for Liverpool, with a third piece of silverware to go with the Champions League and UEFA Supercup.

Having earned the title of world champions, if Klopp's team see out their huge lead at the top of the Premier League, they will have a case to be remembered as the finest side in the illustrious history of the club.

"I said before the game that I didn't know how it would feel, but now I can say it's outstanding, absolutely sensational and I'm so proud of the boys," Klopp said after winning a competition that has not always been held in high regard in Europe.

"Flamengo are a really, really good football team but I think we were the better team tonight."

Flamengo had been hoping to repeat their win over Liverpool in the old Intercontinental Cup in 1981 and thereby become the first non-European winners of the Club World Cup since fellow Brazilians Corinthians beat Chelsea in 2012.

They fell short, although they certainly gave the Premier League leaders a game in what was their last outing of a long season.

"We lost, but only in terms of the result. Otherwise, we were not losers in any respect. We were as good as them," said their Portuguese coach Jorge Jesus, who took over in June before leading them to the Brazilian title and the Copa Libertadores.

"Flamengo have had an unforgettable season. We have shown that the best Brazilian team can compete on the same level as the best teams in Europe."

Klopp welcomed back Virgil van Dijk after the Dutchman sat out Wednesday's semi-final due to illness, while Firmino, Mane and Trent Alexander-Arnold were recalled after starting on the bench against Monterrey.

Firmino, Naby Keita and Alexander-Arnold all came close for Liverpool in the first six minutes, but Flamengo gradually settled into the game and matched the European champions for much of the first half.

However, they were lucky not to fall behind at the beginning of the second period when Firmino controlled Henderson's ball forward and sent a shot off the inside of the post.

Then Alves stretched to tip a net-bound Henderson shot from 25 yards over the bar and, with the match in injury time, the English side thought they had a penalty.

However, referee Abdulrahman Al Jassim dramatically canceled his decision after reviewing the footage on a pitchside monitor.

Liverpool finally found a way through nine minutes into the first half of extra time though thanks to Firmino and Flamengo could not respond.
Last Update: Dec 22, 2019 2:48 pm
RELATED TOPICS