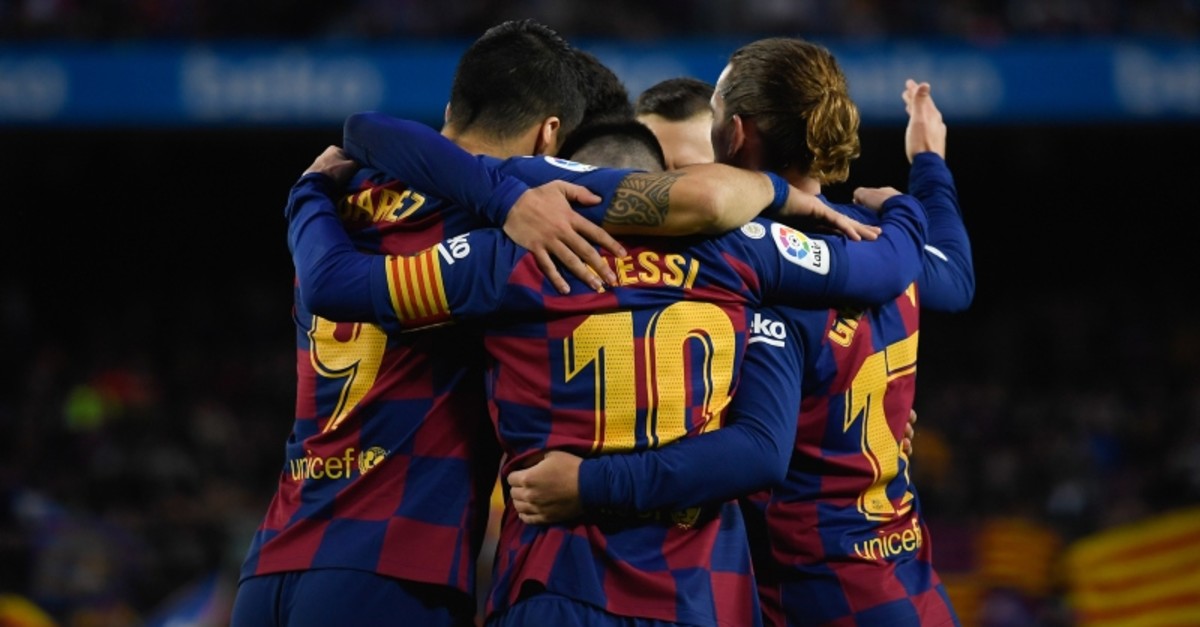 Spanish giants Barcelona and Real Madrid and Italy's Juventus are the best-paid teams in world sports according to the 2019 Global Sports Salaries Survey conducted by the website sportingintelligence.

The 10th edition of the survey finds Barcelona atop the list with an average basic salary of a first team player of $12.8 million. That figure is down on last year when Barcelona was also first with an average of $13.7 million, swelled by the basic paycheck of Lionel Messi, which exceeds $65 million.

Real Madrid retains second place with an average of $11.6 million and Juventus, ninth on the list last year, is up to third with $10.54 million. The other soccer teams in the top 20 are PSG at No. 12 and Manchester City at No. 13.

The figures used in the survey represent basic annual pay and do not include signing-on bonuses, performance bonuses and other extras.

Teams from the NBA fill the remaining seven spots in the top 10 and take 15 of the top 20 places. In 2017 the top three teams in the survey were the Oklahoma City Thunder, Cleveland Cavaliers and Golden State Warriors, while in 2018 three NBA teams broke the average pay ceiling of $10 million per player.

This year, the Portland Trail Blazers are in fourth place at just over $10.4 million, Golden State fifth at $10.28 million and Oklahoma City has fallen to sixth at $9.83 million

Among teams ranked 21 to 30 this year, nine are from the NBA, joined by soccer's Bayern Munich at No. 22.

Juventus was ranked No. 32 in 2017 but leapt to 10th place last year with the signing of Cristiano Ronaldo and other high-priced players.

Four of the five biggest falls were recorded by Major League Baseball teams, including the Toronto Blue Jays, who are down 123 places to No. 172. The New York Yankees were the top-ranked team in the inaugural survey in 2012.