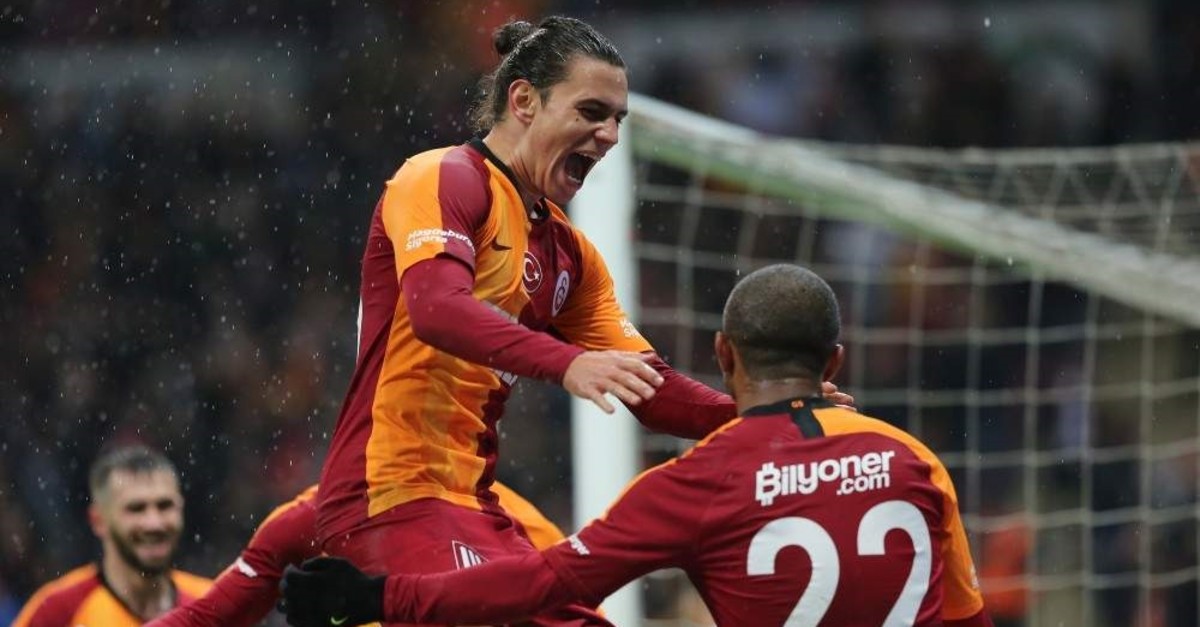 Falcao celebrates after scoring against Antalyaspor, Dec. 28, 2019. (AA Photo)
by Daily Sabah Dec 29, 2019 3:28 pm
Football fans in Istanbul were blessed with a spectacular final weekend before the Turkish Süper Lig's midseason break as the city's clubs went on a goal bonanza, scoring 14 in three matches.

On Friday, Beşiktaş climbed to fourth in the league after hammering Gençlerbiliği 4-1 on their home-turf in Vodafone Arena. Gençlerbirliği looked like they would give Beşiktaş a run for their money, scoring a goal in the 23rd-minute mark despite suffering a red card. The illusion did not last for long though as a second red card 13 minutes after the goal. The Black Eagles managed to capitalize on the mistakes of Gençlerbirliği and scored four goals in the second half of the match to head into their league break on a high note.

Meanwhile, on Saturday, defending champions Galatasaray defeated visiting Antalyaspor with a 5-0 thrashing to strengthen their claim for the title. Radamel Falcao, who has been on the crosshairs of fans for his lackluster performances, scored two goals in 30 minutes, while an own goal by Antalyaspor's Ondrej Celustka extended the lead to three goals in the first half.