Arsenal's Chambers out for up to 9 months after knee surgery 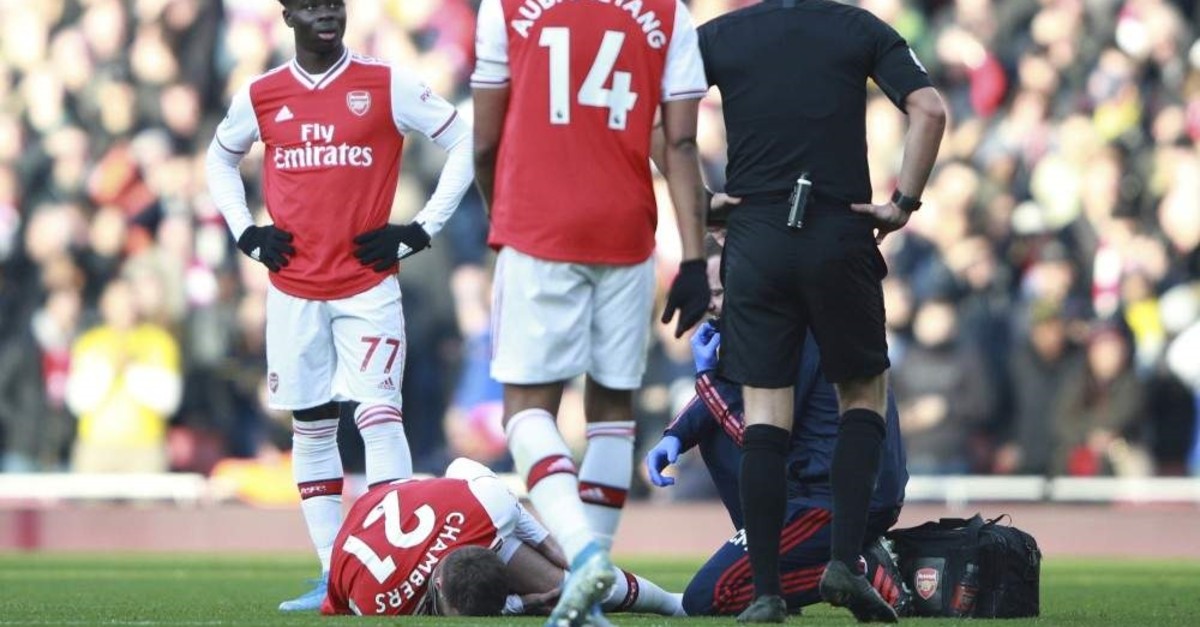 Chambers lies injured on the pitch during the English Premier League match between Arsenal and Chelsea, at the Emirates Stadium in London, Dec. 29, 2019. (AP Photo)
by Jan 02, 2020 8:55 pm

Arsenal defender Calum Chambers is expected to be out for six to nine months after he underwent surgery Thursday for a ruptured anterior cruciate ligament, the Premier League side said.

Chambers suffered the injury to his left knee in the 2-1 defeat to Chelsea Sunday. Arsenal said the surgery was successful.

"The rehabilitation process is expected to take between six to nine months. Everyone at the club will be supporting Calum to ensure he is back on the pitch as soon as possible," Arsenal said in a statement.

With the season over for the 24-year-old center-back, Arsenal could now seek defensive cover in the January transfer window.

"We are going to try to be in the market to see options that can strengthen the team. That is for sure and that is our obligation and we are going to be working on that," manager Mikel Arteta told reporters earlier.

"Obviously we have some bad injuries, like Calum a few days ago, and that is going to change our plans at the back but the reality at the moment is that we are not going to be able to do much."

"I am more concerned at the moment to get people back from injury and trying to improve the players we have here, getting everybody on board with what we are trying to do," added the Spaniard, who was appointed on Dec. 20.

The Gunners said defender Hector Bellerin and forward Gabriel Martinelli were being assessed for tight hamstrings ahead of the club's home FA Cup third-round match against second-tier Leeds United Monday.