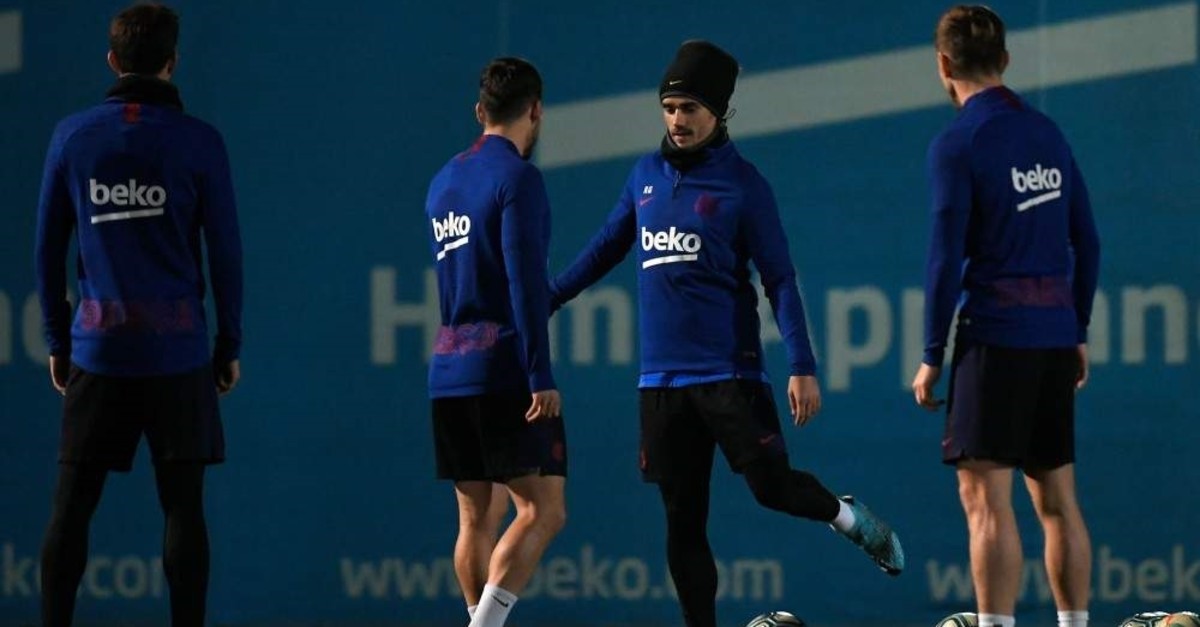 La Liga leader Barcelona travels across town in a derby clash with Espanyol on Saturday while Real Madrid travels to Getafe in another derby. As Spain's top-flight league resumes after the winter break, Espanyol, 20th, is enduring a disastrous league campaign and hosting its local rivals doesn't promise much joy at the start of 2020.

Barcelona finished last year with a victory over Alaves and two points ahead of second-placed Real Madrid, but fans and media were left unconvinced by the standard of the team's displays. Starting with a big derby victory would be the right way to go about convincing the doubters but Barcelona striker Luis Suarez is convinced it will be a difficult game in Cornella.

"Derbies are always difficult," Suarez told Diario Sport. "You have to be very careful. They are in a delicate situation but in terms of the quality of their players, they don't deserve to be where they are now. "The results and the situation pushes them to the limit, it creates nerves. [The derby] is a nice game and everyone likes to play in it." Suarez, captain Lionel Messi, Arturo Vidal and Neto arrived back from their winter holidays on Jan. 2, later than the rest of the squad, but are expected to be involved.

Former Barcelona player Abelardo replaced Pablo Machin as Espanyol coach just before Christmas. "It's a privilege to coach this great club, I'm proud. I'm here 100%, we will work as hard as we can. I didn't think twice when Espanyol called me." Abelardo said. "Now we have to drag the team out of this situation. I will try to win as hard as possible [against Barcelona]. Since I reached a deal with the club, I'm a Perico [Espanyol supporter] and the number one fan. "I've always showed my professionalism wherever I've been, at Espanyol will do the same. I'll work out of my skin for this club."

Real meanwhile visits Getafe in another derby earlier in the day. Jose Bordalas's side, sixth, is enjoying another impressive campaign and is unbeaten at home in five games across all competitions. Madrid found its footing in the final months of 2019 after a disappointing end to last season, where it was eliminated in the Champions League last 16 and finished third in La Liga, 19 points behind champions Barcelona.

Coach Zinedine Zidane hopes Los Blancos can continue its form into the new year. "We want to continue with our good dynamics and with the results that are allowing us to stay alive in all the competitions we are playing in," said the Frenchman. "I will not ask for anything else because we are all very focused on what we are doing and that is the most important thing for a coach."

Elsewhere third-place Sevilla hosts Athletic Bilbao on Friday, looking to put pressure on the top two before their matches. The weekend's other fixtures are Real Valladolid vs. Leganes, Valencia vs. Eibar, Atletico Madrid vs. Levante, Granada vs. Real Mallorca, Real Sociedad vs. Villarreal, Alaves vs. Real Betis and Celta Vigo vs. Osasuna.