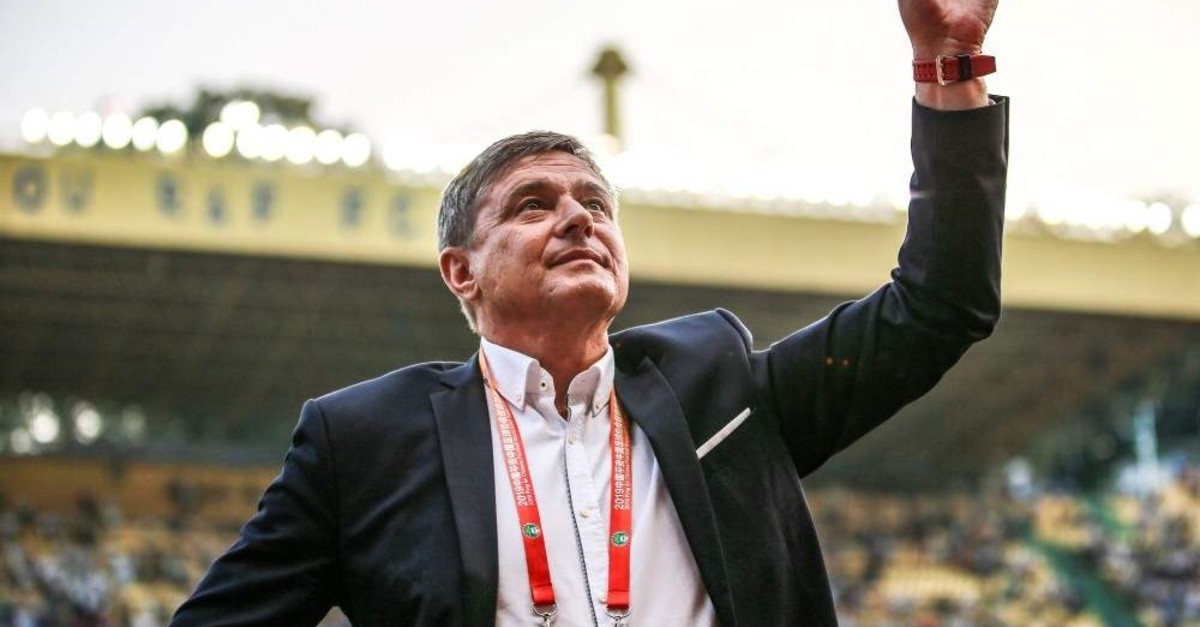 Dragan Stojkovic, waving before a football match with Shandong Luneng, Guangzhou, Oct. 19, 2019. (AFP Photo)
by Jan 03, 2020 2:04 pm
Guangzhou R&F has announced the departure of Dragan Stojkovic from his role as head coach at the Chinese Super League club by mutual consent Friday. Stojkovic spent four and a half seasons in Guangzhou after replacing Cosmin Contra midway through the 2015 season, when he helped R&F avoid relegation to China League One, the second tier of Chinese football.

In his first full season, Stojkovic led the club to a sixth-place finish and improved on that in 2017 when R&F finished fifth, just missing out on a place in the Asian Champions League. However, R&F struggled over the last two seasons of Stojkovic's tenure despite the goal scoring exploits of Israeli forward Eran Zahavi, who finished as the league's top marksman in 2019.

Zahavi set a new Chinese Super League record with 29 goals in 28 games last year but R&F could only finish 12th, prompting the club to seek a replacement for the former Yugoslavia international midfielder.