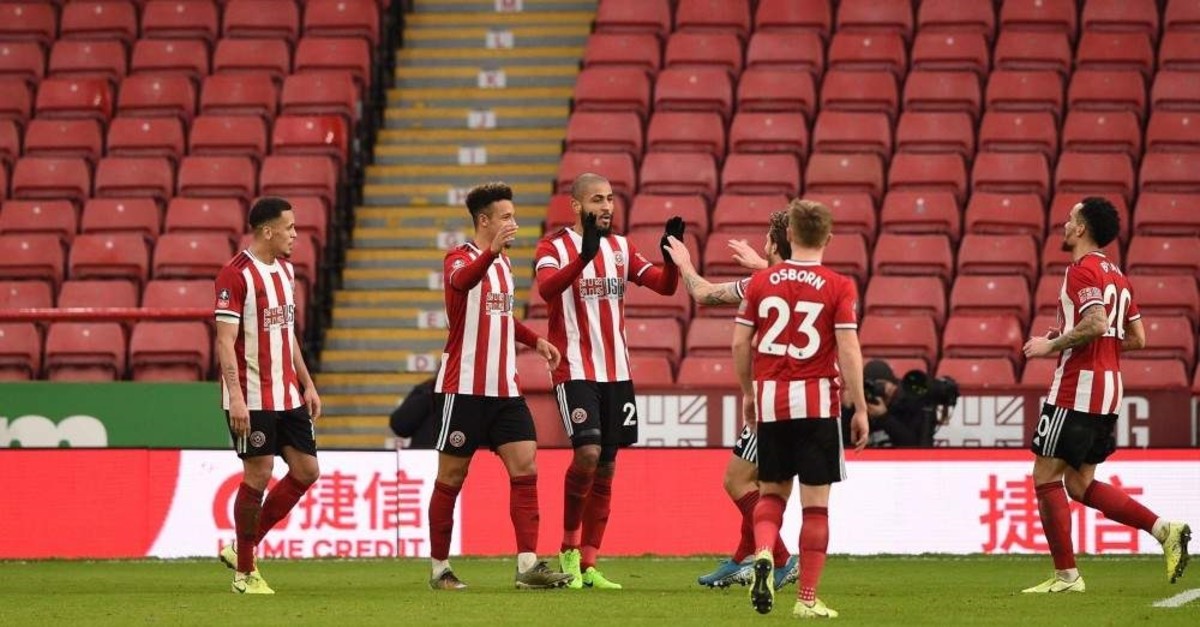 With the Premier League taking priority and the clubs opting to rest their first-team players amid a grueling fixture, attendance numbers in FA Cup matches have been on a downward trend

The FA Cup third round used to have pride of place among the showpiece dates of the English football calendar, but a weekend of empty stands and much-changed teams showed there appears to be little romance left for the cup.

After a grueling festive fixture schedule saw four rounds of Premier League games crammed into 13 days either side of Christmas and New Year's, managers from the 20 top flight teams made a combined 136 changes.

Crystal Palace, Brighton and Aston Villa were the only Premier League sides to pay the penalty for resting first-team regulars against Championship opposition with even many of the sides further down the pyramid taking the chance to rotate.

The 24 Championship sides made 171 alterations to their starting line-ups.

Many fans also took the opportunity for a weekend break from football with attendances for Premier League and Championship clubs down over 150,000 on their previous home matches.

Cardiff narrowly avoided their lowest ever attendance since moving to the 33,000 capacity Cardiff City Stadium over a decade ago.

Just 5,828 saw Saturday's 2-2 draw with Carlisle with only one of the four stands even opened.

"I think the amount of fixtures in the schedule over this period makes it very difficult for supporters to support every single game," said Cardiff manager Neil Harris.

He was not alone in calling for a change to the schedule if the cup is to be revived.

After a gruelling December in which his side played nine games across four different competitions, Liverpool boss Jürgen Klopp made nine changes as the youthful Reds still inflicted more Merseyside derby pain on Everton with a 1-0 win at Anfield.

"Two players started the last game, one of them got injured," said Klopp after James Milner limped off inside 10 minutes. "That's the situation we are in, that's why a lot of managers make a lot of changes. It's nothing to do with the cup, it's the timing."

However, others believe more radical changes are needed to the format to halt the FA Cup's decline.

Replays have already been abolished from the fifth round, but Wolves manager Nuno Espirito Santo said he would have preferred a penalty shootout than another go at Manchester United after a 0-0 draw at Molineux.

From this season the fifth round has also been moved to a midweek to allow a Premier League winter break for the first time over two weekends in February.

The Premier League taking priority and people's attention has been a recurring theme of the FA Cup's dwindling attraction.

"You never used to see many changes in the third round but the introduction, rise and growth of the Premier League means that's by far the biggest competition in this country," said Sheffield United manager Chris Wilder, who made 11 changes for his side's 2-1 win over non-league Fylde.

Yet, just months after Bury went to the wall after over 100 years in the Football League, there are fears that changes such as removing replays completely may sound the death knell for more lower league clubs who rely on the financial bounty of a big name draw.

"I remember playing Burton away in 2005," said Manchester United manager Ole Gunnar Solskjaer. "That went to a replay at Old Trafford. We beat them 5-0 but it was a great day out for them.

"It's a debate we can have but it is not just about the top teams having too many games. It is about romance."
RELATED TOPICS