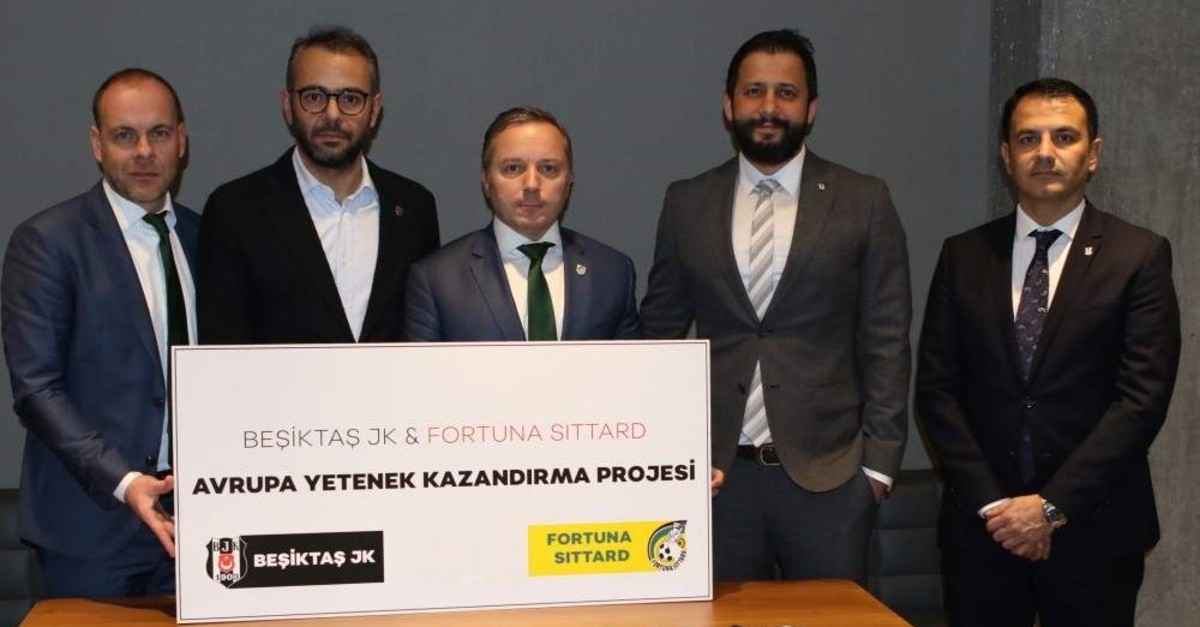 According to the deal, Fortuna Sittard will assume the responsibility of setting up a recruitment and selection camp for Beşiktaş in the Netherlands' Limburg area, where nearly 2 million Turkish immigrants live.

The selection process will evaluate male candidates ages 14 to 17 and females ages 16 to 19 from around a 100-square-kilometer area between Jan. 20 and March 15.

Speaking at the signing ceremony in Istanbul, Beşiktaş official Fırat Fidan said the deal showed how much importance the new management paid to the youth academy. Fidan said the management was aiming to turn the club into a powerhouse where promising young athletes would be discovered.

"The deal we have made with Fortuna Sittard plays a vital role in our youth academy plans. The deal will allow us to sign promising youngsters living in Europe to our club," he said.

Fortuna Sittard Chairman Işıtan Gün said they appreciated Beşiktaş's efforts to improve Turkish football and that the Dutch club would use a scientific and systematic approach to achieve the Istanbul club's goals.