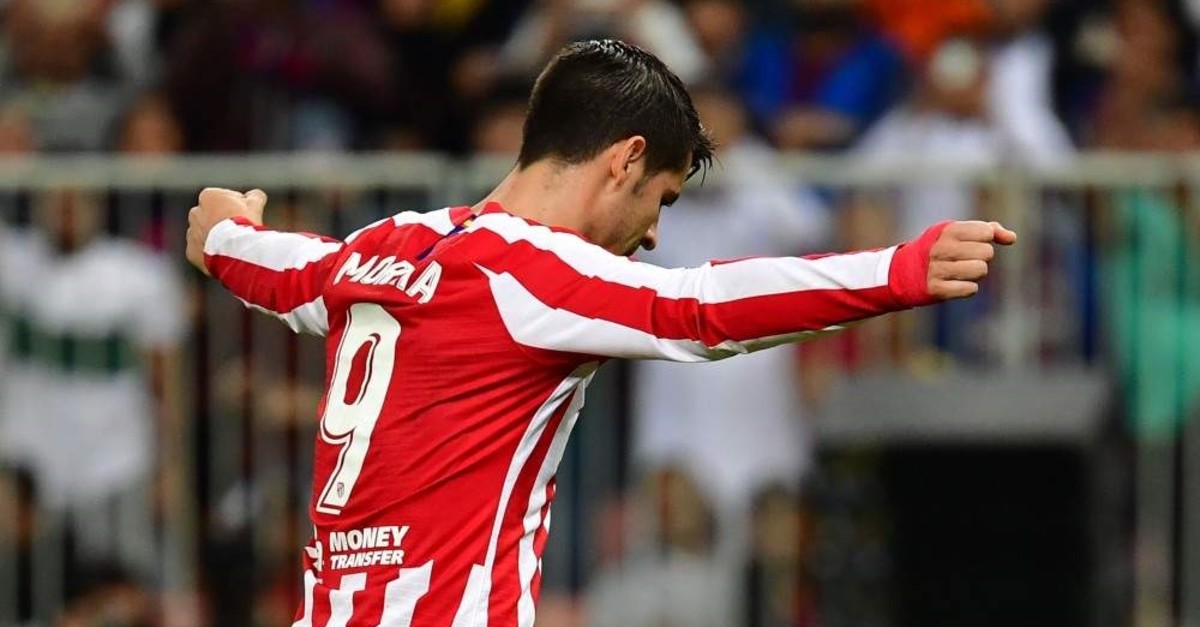 While there was little appetite for the Spanish Super Cup when the tournament first began in Saudi Arabia, fans were drawn in after the final turned into a Madrid derby with Atletico meeting Real on Sunday

Spain's Super Cup in Saudi Arabia has gone from being a tournament of little importance to one that has captivated La Liga fans in just two days as it now prepares for a Madrid derby final.

The semifinals were overshadowed by few traveling supporters willing to make the trip to Saudi Arabia and concerns about the destination and venue of the final-four style makeover of what was, since 1982, a two-team final played in Spain.

Atletico and Real Madrid only made it to the tournament this year because the Spanish football federation debuted a "Final Four" format as part of a three-year lucrative deal to play in Saudi Arabia. Previously, only the Spanish league champion – Barcelona last season – and the Copa del Rey winner – Valencia – participated.

It's also a rerun of two of the last decade's big Champions League finals.

Real Madrid beat Atletico Madrid on penalties in 2016 in Milan. And that victory came just two years after they beat them in extra time in Lisbon in 2014.

Diego Simeone was in no mood to remember those dark moments in the aftermath of his team's 3-2 win over Barcelona Thursday.

"We are going to play the final," he enthused. "They played a very nice game [in their semifinal]. Teams can play with five midfielders and not be defensive. They played to win and they went through justifiably, and on Sunday we will have a tough game without any doubt."

Asked about Real Madrid enjoying 24 hours extra rest, Simeone added, "It will be no excuse to have played our semi-final a day later."

Madrid played some of their best football of the season against Valencia with Zinedine Zidane surprising everyone with that five-man midfield.

Toni Kroos said after the win: "It was something that was done because of the forced absence of Karim Benzema, Gareth Bale and Eden Hazard. We tried to get the best out of it but it was only one game. Personally, I like it when there are a lot of midfielders on the pitch but it is hard to say if it is going to be something permanent."

Bale's return might have seen a switch back to the more orthodox 4-4-2 but his continued absence because of a virus was confirmed Thursday, and that may well mean that Kroos, who scored directly from a corner against Valencia, is once again part of a five-man line-up behind Luka Jovic.

The German international defended center forward Jovic when asked if he was out of his depth playing for Madrid. "You cannot say that," said Kroos.

"It's clear that Benzema is our No. 1. But it is not easy playing once every three or four weeks coming on as a substitute. We should also not forget that he is only 21 years old," he said.

Jovic should start against Atletico Madrid with Rodrygo Goes and Vinicius once again on the bench.

Atletico Madrid will have to wait on the fitness of Koke who scored the first goal in their semifinal win over Barcelona but was then hobbling at the end of the game as the team celebrated coming back from 2-1 down against the league champions.

It did not escape Spanish football fans' attention that neither the league winners nor the cup holders reached the final. "That does not matter now," said Antoine Griezmann. "We played the semifinals; now the winners play the final."

The Spanish federation took the Super Cup to Saudi Arabia in a three-year deal reportedly worth 120 million euros ($134 million). It made the move despite criticism from human rights activists and advice from UEFA President Aleksander Ceferin for European soccer teams not to play in countries "where the basic rights of women are not respected."

On Wednesday, Amnesty International organized a small peaceful protest in front of the Saudi Embassy in Madrid to call for the release of women activists who have been fighting for their rights in Saudi Arabia.

The Super Cup was also played abroad last season, when Barcelona beat Sevilla in Tangiers, Morocco, in a single-game final.