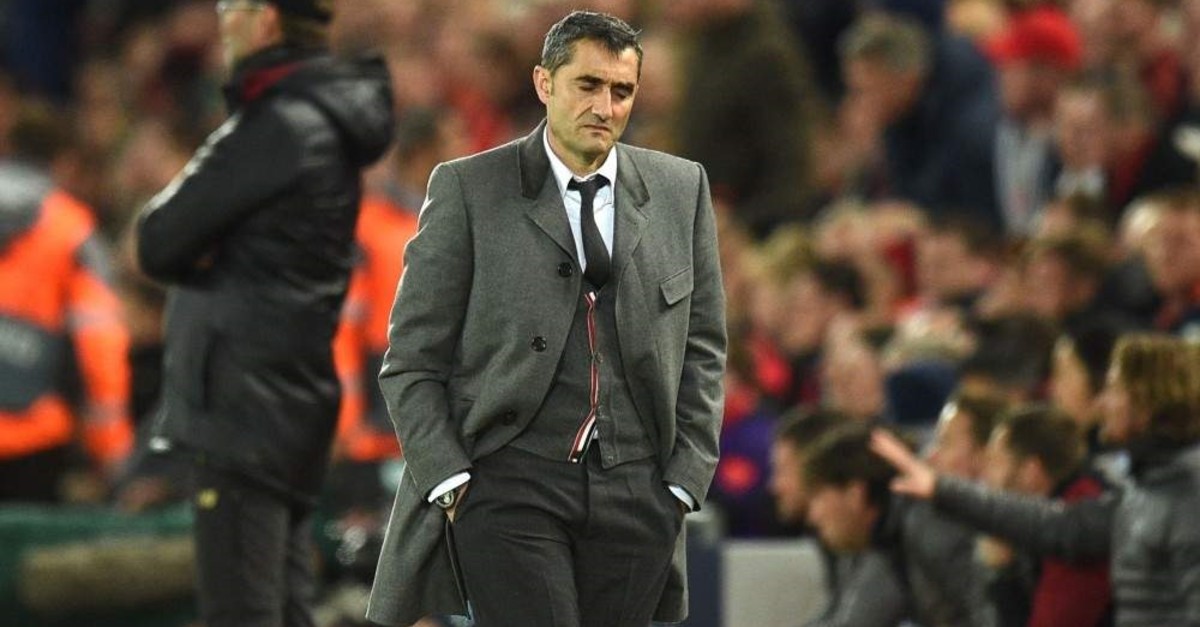 Setien was tasked with the job of restoring Barca's iconic passing style, but the appointment is a huge gamble for the club given the 61-year-old's lack of success at the highest level

The move came four days after the loss to Atletico Madrid in the semifinals of the Spanish Super Cup, a result that significantly increased pressure on Valverde.

The club said it reached an agreement with Valverde to terminate his contract.

Setien, a 61-year-old Spaniard who used to be a midfielder for Atletico Madrid, is known for setting up teams that often mimicked Barcelona's attacking-minded style.

"Throughout his career he has been a proponent of possession-based, attacking football that has been attractive to the fans," Barcelona said.

The club called Setien, who will be officially introduced on Tuesday at Camp Nou Stadium, "one of the most experienced coaches in Spanish football." He was contracted to June 2022.

It is the first time since 2003 that Barcelona has made a change in the middle of the season. Louis van Gaal left the club that January, and since then six other coaches have begun their stints at the start of the season.

Valverde was in charge of the team practice on Monday, which happened before the club's board of directors met to seal his fate. Valverde met with club president Josep Bartomeu for about an hour before leaving the team's training center.

His departure came with Barcelona leading the Spanish league, and a few weeks from facing Napoli in the round of 16 of the Champions League. Barcelona drew three of its last four Liga games, though, and pressure on Valverde increased after the team conceded two late goals in a 3-2 loss to Atletico in the Spanish Super Cup in Saudi Arabia.

Many rumors initially linked former Barcelona midfielder Xavi Hernández with the club's coaching job. Qatari club Al-Sadd – where he currently coaches – said the Spanish club was negotiating with the Spain great. Xavi said he met with Barcelona sports director Eric Abidal on Friday in Doha but did not reveal the nature of the meeting. He said he always dreamed of one day coaching Barcelona but was committed to Al-Sadd for now.

There were doubts related to Pochettino's name after he said some time ago he would never coach the Catalan club. The Argentine manager used to play and coach for Barcelona's city rival, Espanyol.

Setien had been with Betis since 2017 until deciding to take some time off at the end of last season. He previously coached smaller Spanish clubs such as Racing Santander, Las Palmas and Lugo.

Setien didn't win significant titles as a coach but was the last one to beat Barcelona at Camp Nou Stadium – in 2018, a 4-3 win by Betis in the Spanish league.

Most of his playing career was with Racing Santander, though it was with Atletico that he won the 1985 Spanish Super Cup.

The 55-year-old Valverde had always been criticized by some Barcelona fans. The Spanish Super Cup defeat to Atletico added to the perception many supporters had that Valverde's side threw away leads against important rivals.

He had a good record since arriving in 2017, leading Barcelona to back-to-back Spanish league trophies, but the club had tough Champions League eliminations in the last two seasons. It was humiliated at Liverpool 4-0 after winning the first leg 3-0 in the semifinals last season, and the previous year it squandered a 4-1 first-leg lead against Roma in the quarterfinals.

Valverde's job was also in jeopardy at the end of last season after Barcelona lost the Copa del Rey final to Valencia.

Barcelona leads the Spanish league ahead of Real Madrid on goal difference. The Champions League matches against Napoli will be on Feb. 25 and March 18. It hasn't won the European competition since 2015.