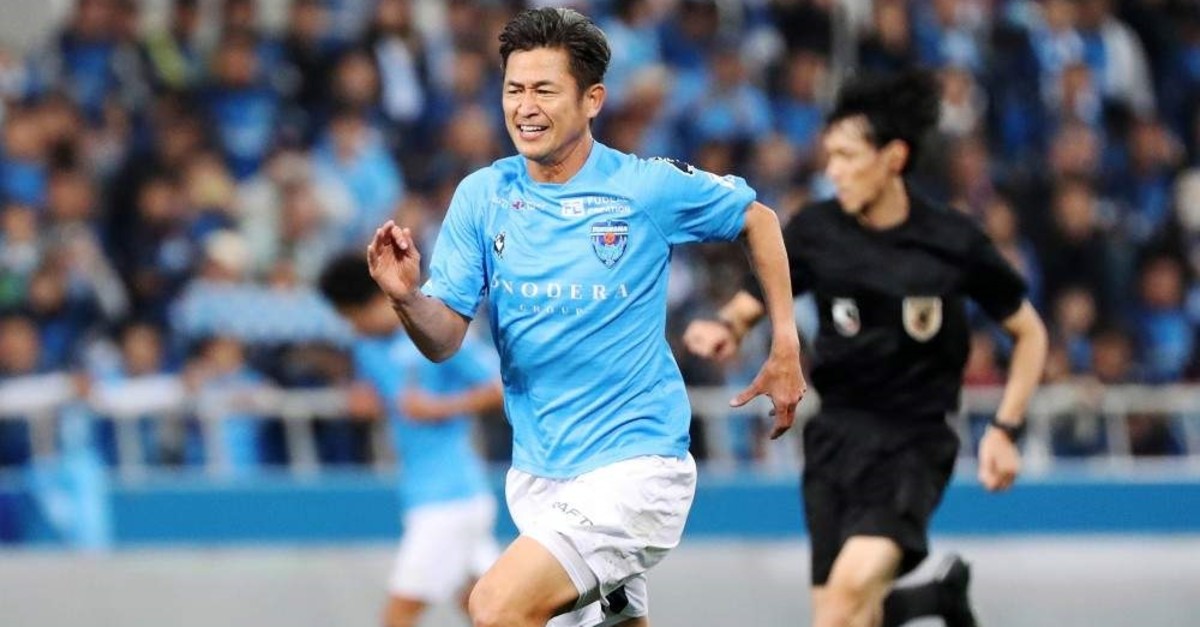 Former Japan striker Kazuyoshi Miura, who turns 53 next month, has renewed his contract with Yokohama FC to extend his record as the world's oldest professional footballer.

The veteran player, admiringly nicknamed "King Kazu" for his spirited onfield style, will kick off his 35th career season this year, the club announced over the weekend.

Miura, who has played for Yokohama FC since 2005, has said he won't hang up his boots until he turns 60.

He played for the club three times last season but did not find the net.

In a short statement, he said he was concentrating on enjoying his football and keeping the club in the top league. "I'll do my best to contribute to the team winning," he said.

In 2017, Miura surpassed football's previous professional longevity record and became the oldest player to score a competitive goal in a professional match. Both records were previously held by English legend Stanley Matthews.

Miura left Japan for Brazil in 1982 and signed a contract with Santos FC in 1986 to make his professional debut.

He made his Japan debut in 1990 and pushed for the country's first ever World Cup appearance in 1998 but failed to make the final squad for France, despite scoring 55 goals in 89 games for the national side.

He was one of the stars of the professional J-League at its 1993 launch before joining Italy's Genoa on loan the following year.