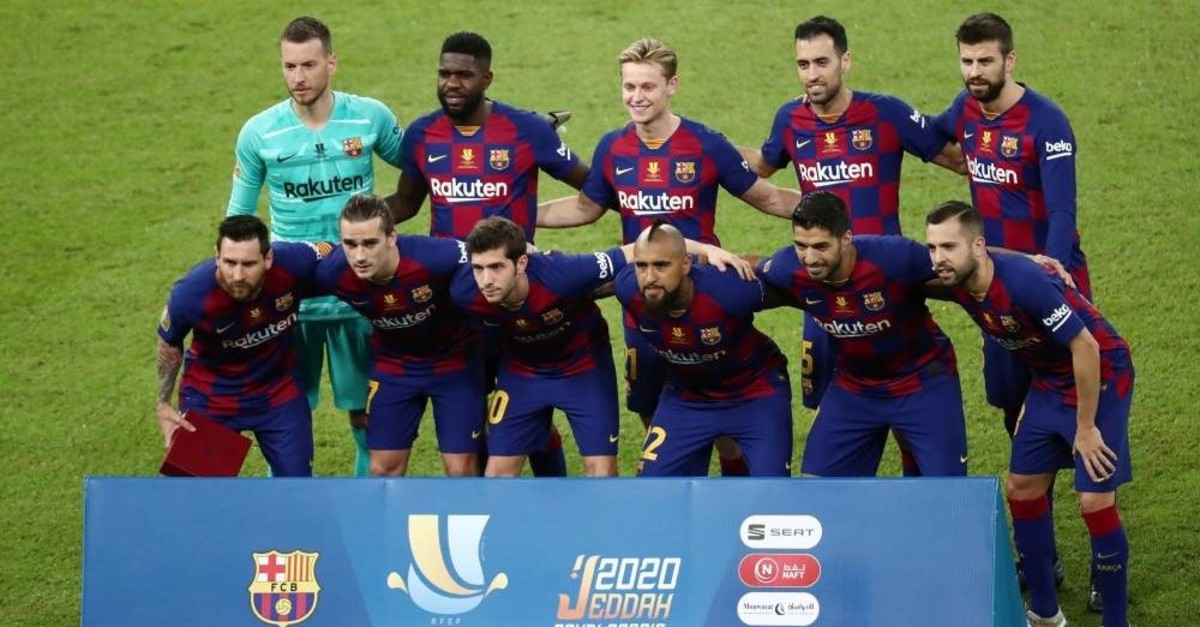 Quique Setien, who replaced Ernesto Valverde in Barcelona, will lead the La Liga leaders in his first match as they take on Granada while Madrid faces Sevilla in this weekend's action in the Spanish league


La Liga action this weekend will either be a disaster or a chance to prove himself for Quique Setien on Sunday as he leads Barcelona for the first time against Granada at Camp Nou.
This will be his first real test since his appointment on Tuesday after replacing Ernesto Valverde.
Barcelona leads the division on goal difference ahead of Real Madrid, with both teams on 40 points after 19 games at the halfway mark.
"I have spoken with (Valverde) to discuss things because there are many things from his work that will be useful to me," Setien said. "I thank him for leaving the team in first place in the league."
Barcelona's board brought Setien in to help improve the quality of the team's performances. While Valverde won two league titles in his two full seasons at the club, there have long been concerns over the style of play and bloodless displays.
"Whenever a new coach arrives, there is a new sense of stimulation," he added. "It's true that this can sometimes fade away afterward, but we have to try to maintain it... I'm convinced that I can convey the ideas I like and that everything can get better. The main objective is without a doubt to win all we can. This club requires that you get better each year and that you win as many titles as possible, as well as playing well," he said.
The newly-promoted Granada side, after a fine start to the season in which they topped the table after 10 games, has faded a little and now sits in 10th. Real Madrid has the chance to go provisionally three points clear of Barcelona on Saturday when they host Sevilla at the Santiago Bernabeu. The visitors are set to stand in a guard of honor for Madrid after they triumphed in the Spanish Super Cup in Saudi Arabia last week. Having improved greatly under Zinedine Zidane this season, Los Blancos now seems close to the level they played at in their double-winning season, 2016-17.
Midfielder Fede Valverde is suspended for the game after being sent off in the Spanish Super Cup final for cynically fouling Atletico Madrid's Alvaro Morata as he ran through on goal at the end of extra-time.
"We had some difficulties at the start of the season, but that can happen," said Zidane. "Now we have to be happy with this cup, but it's a long season. There are lots of competitions still up for grabs and we're only just getting started."
Forwards Karim Benzema and Eden Hazard are not expected to return from injury for the clash, having missed the Super Cup competition in Jeddah but returned to training this week. Sevilla, fourth, are impressing under Julen Lopetegui, who was sacked by Real Madrid last season. The Spanish coach was given little time at the helm, dismissed in October 2018 after a 5-1 thrashing by Barcelona, having taken over from Zidane in the summer.
The weekend's other fixtures are Leganes versus Getafe, Levante versus Alaves, Osasuna versus Valladolid, Eibar versus Atletico Madrid, Real Mallorca versus Valencia, Real Betis versus Real Sociedad, Villarreal versus Espanyol and Athletic Bilbao versus Celta Vigo.
Last Update: Jan 16, 2020 5:32 pm
RELATED TOPICS