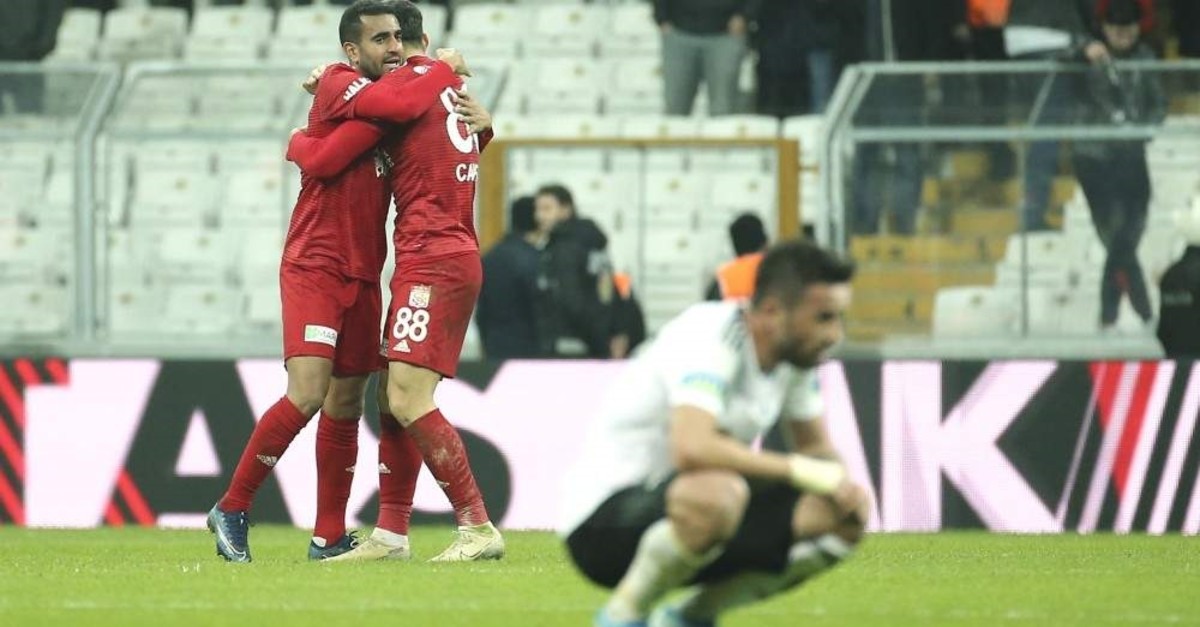 In one of the most important games of the season, league leader Sivasspor beat Beşiktaş in Istanbul and raised its unbeaten streak to 10 games. After a month of preparation and recovery, everyone expected Beşiktaş to dominate the game and show its opponent it was at least still in this race. Nevertheless, as if nothing had happened during this last month, the game was more or less a replay of the one in August. The only difference is that in August, Sivasspor won 3-0, and this time it won 2-1, with Beşiktaş managing to put in one goal on a free-kick. This shows that Beşiktaş manager Abdullah Avcı was not able to improve his team during the break as he deals with the same problems the team faced in August.

First, there remains a categorical difference between Sivasspor and Beşiktaş, as the former plays a specific game with concrete set-pieces, while the latter plays a chaotic game that relies on individual talents. Sivasspor's game is based on pressing the opponent on the center of the pitch, leaving the ball to the opponents to play on their half until they try to cross into Sivasspor's half. Beşiktaş, on the other hand, frantically tries to press its opponent everywhere, ending up pressing them nowhere. I think the biggest problem with Avcı's game right now is that it does not have temporal and spatial aspects. Avcı clearly orders his team to press but does not tell them exactly where and when. Given that it is not possible for a team to cover everywhere on the pitch at the same time, this leads to Beşiktaş giving away lots of time and space to its opponents.

What makes matters even worse is that Avcı still thinks his team has a talent problem instead of a strategy problem. His small amendments to the game made by changing the positions and the roles of Adem Ljajic and Caner Erkin show that either he genuinely believes that he plays the right game but with the wrong positioning, or he does not know where the problem lies exactly. I believe his situation is a mixture of both as he keeps shuffling the squad and the strategies, hoping that this shuffling will bring out the best team that can play the game in his mind.

However, the only game Beşiktaş can play with its squad and managerial quality is a strictly defensive game based on counterattacks. Sivasspor is a prime example of this approach, as it is the master of gathering talentless organizations to create a talented game. The club compensates for its lack of overall talent – although it does have talented players like Mert Hakan Yandaş and Emre Kılınç – with strict defensive planning, especially with precise pressing. What Avcı needs to do immediately is to create a steel-proof strategy before Beşiktaş's morale collapses completely. It is crucial to find a strategy that does not break the confidence of the players as well as one that they are able to adapt to swiftly. Avcı must act before Beşiktaş is out of the championship race.