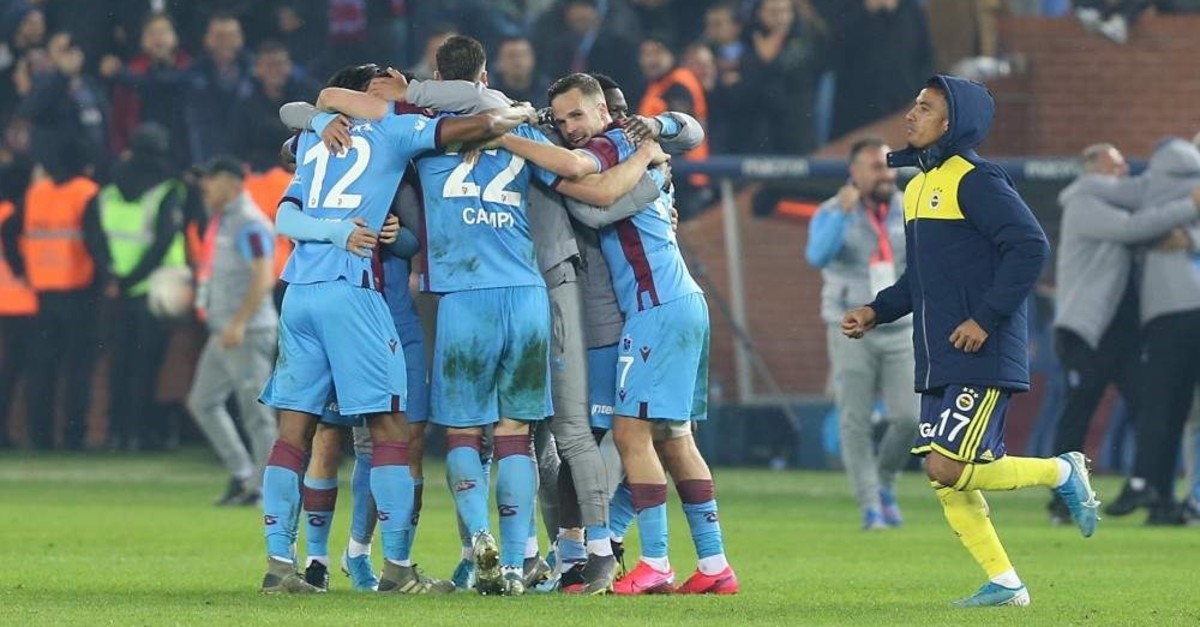 Fifteen minutes later, home team Trabzonspor equalized the score as Norwegian forward Alexander Sorloth put the ball into the Yellow Navies' net for his team. In the 32nd minute of the first half, Trabzonspor managed to score with the help of Czech defender Filip Novak, securing three points at home. Meanwhile, Fenerbahçe midfielder Luiz Gustavo got a red card after arguing with the referee in the 95th minute.

With 38 points, Trabzonspor climbed into third place with its victory over Fenerbahçe. The Yellow Canaries slipped to the fourth spot on the Süper Lig table with 37 points while Demir Grup Sivasspor maintains the lead in the league with 41 points.

Sorloth, age 24, who joined Trabzonspor from Crystal Palace in the first half of the season proved to be a force to reckon with for the Turkish team's rivals. Sorloth is credited with Black Sea Storms' steady rise in Süper Lig with 16 goals in 13 matches in the first half of the season. This also makes him Trabzon and Süper Lig's top scorer. Indeed, he is going through his peak season, since his 15 goals in the 2017-2018 season in Premier League and Danish league. One more goal will equalize him with Oscar Cardozo as the most scoring foreign player in Trabzonspor's history.

"We have the quality to champion this season," Sorloth told reporters in a post-match press conference. "We conceded an early goal but showed later that we can really fight. It was a real fight in the first half with key opportunities to score," he said.

Sorloth was also humbled to have the title of top scorer. "I don't have any number of goals in my mind. I don't like talking about it very much. What matters is that the team wins," he said.