A new start for Süper Lig 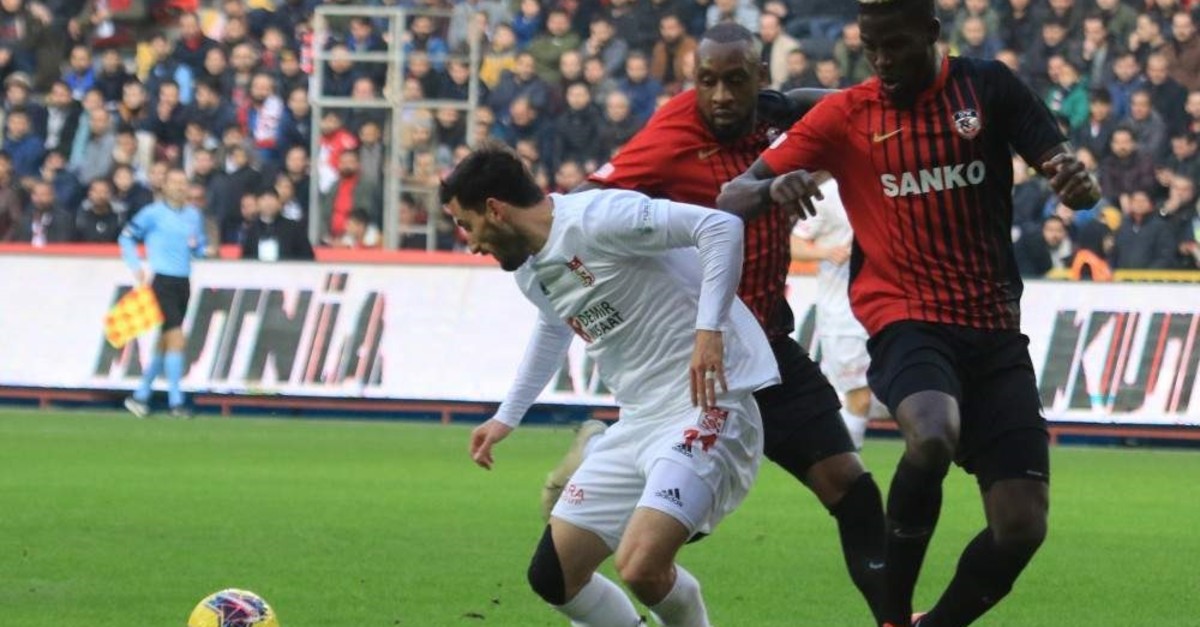 Last weekend was a gamechanger in the Turkish Süper Lig, with several breaking points concerning the top of the table. League leader Sivasspor suffered a crushing 5-1 defeat against one of the league's most unpredictable sides, Gaziantep FK. Second-placed Başakşehir beat Gençlerbirliği and narrowed the gap to only two points. Galatasaray got back into the title race with a third straight win and Beşiktaş finally won a game after a losing streak, under new coach Sergen Yalçın. Most importantly, however, Trabzonspor beat arch-rival Fenerbahçe and closed the point gap with leader Sivasspor to just three, with a game to play. Although these events did not change Sivasspor's lead in the league, they certainly changed the perception that victory would come easily for the current leader.

It is fair to say Sivasspor was brought down by its own arrogance against Gaziantep FK. The signals of this defeat actually came a week earlier, when Sivasspor settled for a draw against minnows Çaykur Rizespor, currently 11th in the league. After beating Beşiktaş for a second time at the beginning of the second half of the season, Sivasspor manager Rıza Çalımbay and the players apparently became overconfident about their talents. In the last two games, we didn't see the Sivasspor everyone had gotten used to watching. It played like just another overconfident, mediocre team. Especially players like Mert Hakan Yandaş, Emre Kılınç and Erdoğan Yeşilyurt acted like their opponents were not in their league and lost their tactical discipline. Manager Çalımbay could not react to this loss of discipline and paid for it with two devastating defeats.

On the other hand, Trabzonspor, despite beating Fenerbahçe and almost catching up with Sivasspor, needs more time as it was not the dominant side in either victory. Fenerbahçe was superior in both possession and opportunities created but Trabzonspor striker Alexander Sorloth and goalkeeper Uğurcan Çakır showed great efforts to clinch three crucial points. New manager Hüseyin Çimşir has won both games he played so far, but honestly, he was a bit lucky in the last one. Although I admire his offensive approach, playing two forwards despite a 2-1 lead, I found his methods unstable as Fenerbahçe found lots of opportunities.

Speaking of stability, Galatasaray has been Süper Lig's most stable team in the last three weeks. Fatih Terim seems to have created a good bond between Mario Lemina, Ömer Bayram and Emre Akbaba. The team has played with similar attacking patterns in the last weeks which is a requirement for a repeatable game. If Terim can make sure that this approach continues without returning to chaos, Galatasaray may make a surprise comeback in a season that got off to a horrible start.

Beşiktaş, however, still does not have the formula to change the course of its horrendous season. New manager Sergen Yalçın knows how to cripple an opponent and has recently done that quite well with Alanyaspor and Yeni Malatyaspor. Nevertheless, the expectations from Beşiktaş are much different and Yalçın has to come up with a possession game as well.

Beşiktaş, like any other İstanbul team, plays most of its games as the favorites, and this makes its opponents defend willingly. In that case, crippling an opponent and then launching counterattacks does not work as there is no attack to stop and no space to attack. Still, it is a huge morale boost for Beşiktaş to win its first game under the new coach and it should be in the race for at least a few more weeks.

All in all, this week has dealt a serious blow to Sivasspor's confidence and boosted the morale of all the other big-hitters, except Fenerbahçe. Nonetheless, the Yellow Canaries are still in this race as they played better than Trabzonspor. This means we have at least five direct title contenders, even without counting Beşiktaş. Thus, we can surely say the Süper Lig has gotten a fresh start this week.