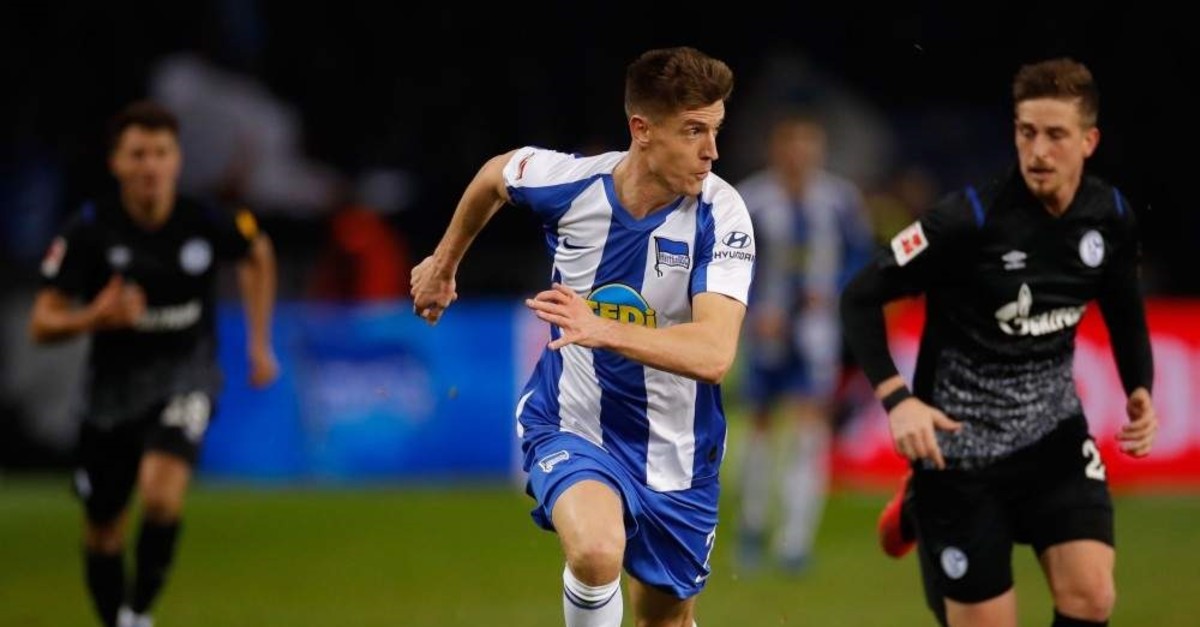 The January 2020 transfer window did not see any big-money signings in Europe, but German club Hertha Berlin led the pack in terms of overall spending.

He will be joined in attack by Brazilian forward Matheus Cunha, who was snatched up from rival RB Leipzig for 15 million euros.

Another addition was the 22-year-old Argentinian defensive midfielder Santiago Ascacibar, who was signed from Stuttgart for 11 million euros.

In Italy, Serie A club Napoli was the largest spender, forking out 65 million euros to bolster a struggling squad that has produced a string of poor results in the first half of the season.

The management's decision to hire the fiery Gennaro Gattuso to replace veteran manager Carlo Ancelloti has also failed to spark a revival in fortunes.

The most prominent among them are Slovakian midfielder Stanislav Lobotka, signed from Spanish club Celta Vigo for 20 million euros, and Italian forward Andrea Petagna who was signed from SPAL for 17 million euros.

French top-tier club AS Monaco also gave fans reason for excitement by bringing in 10 new players for a total of 60 million euros.

Monaco paid 15 million euros for the transfer of Youssouf Fofana from Ligue 1 rival Strasbourg. Defenders Jean Marcelin and Strahinja Pavlovic and goalkeeper Radoslaw Majecki were the club's other major signings, costing a total of 27 million euros.

Portuguese midfielder Bruno Fernandes was the most expensive transfer of the winter period with his move to Manchester United from Sporting Lisbon for 55 million euros.

The Red Devils have big expectations for the 25-year-old attacking midfielder, who scored 63 goals and notched up 52 assists in 137 matches for Sporting Lisbon.

Swedish winger Dejan Kulusevski, 19, was second in terms of a transfer fee as Juventus shelled out 35 million euros for his signature.

However, the teenager who signed from Atalanta has been loaned out to another Serie A rival, Parma, until the end of the 2019-2020 season.

The third-most expensive transfer of January was Brazilian midfielder Reinier after Spanish giant Real Madrid paid 30 million euros to bring him over from Flamengo.

The departure of Christian Eriksen from Tottenham made headlines this transfer window.

The 27-year-old Danish midfielder was linked with several major European clubs as his contract with Tottenham was ending this summer.

He chose not to sign a new deal with Spurs to start a new chapter in his career in a different country. Eriksen moved to Serie A title contender, Inter Milan, in January and signed a contract that would keep him in Italy until 2024.

The 19-year-old forward's impressive form – 28 goals in 22 matches for the Austrian side – had drawn the attention of top European clubs. Haaland hit the ground running at Dortmund and has already scored seven goals in three matches with Dortmund.

A big-name move in this window was Swedish veteran forward Zlatan Ibrahimovic, who returned to AC Milan from the U.S. Los Angeles Galaxy.

The prolific striker has signed a six-month deal with an option for another season with the Italian side that he previously represented from 2010 until 2012.