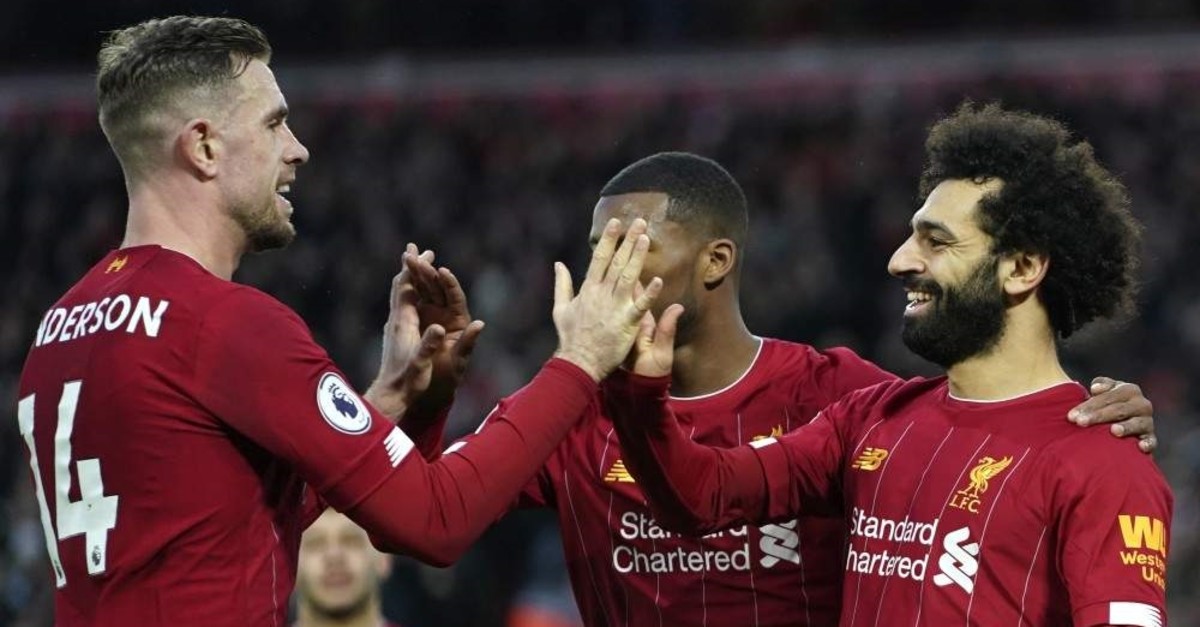 Liverpool players celebrate a goal during an English Premier League match against Southampton at Anfield Stadium, Feb. 1, 2020. (AP Photo)
by Feb 07, 2020 11:03 am
Liverpool fans should savor the club's "dream season" in the Premier League as they may never see another like it, Chairman Tom Werner said.

Liverpool is on course for a first league title in 30 years with Jurgen Klopp's side winning 24 out of 25 games for a 22-point lead over champions Manchester City – the biggest of any leader at the end of a matchday in English top-flight history.

"I keep telling everyone to really savor this, the record that we've kept so far. I don't think it's going to come along again so quickly," Werner told reporters.

"We haven't accomplished anything yet but at the same time everybody, not just Liverpool fans, can appreciate the brand of football that's on display.

"As a supporter this has been a dream season so far, every weekend we seem to find a different star to laud ... we'll have time to enjoy this even more at the end of the season."

Liverpool is also the holder of the Champions League and Club World Cup trophies.

"I am (pinching myself). I'm enjoying every weekend," Werner added. "This is a team that really enjoys playing football, and there's a certain character quality they have on the pitch and off the pitch."

Liverpool returns to league action against bottom side Norwich on Feb. 15.