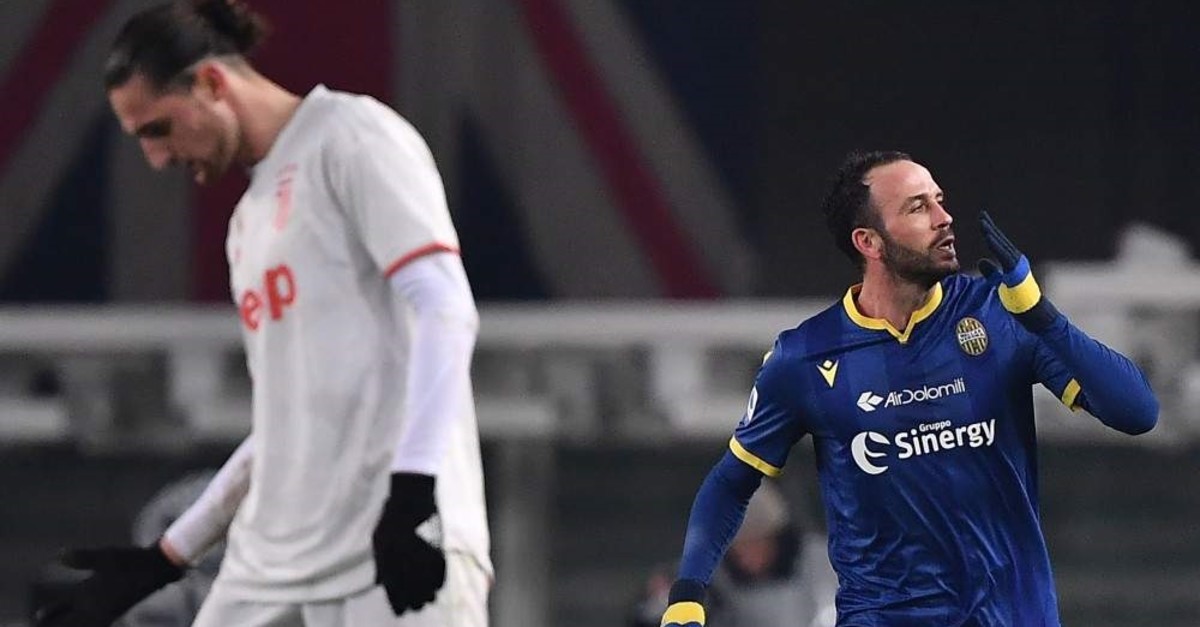 Dynamic underdogs Verona came from behind to beat Serie A leaders Juventus 2-1 Saturday, which gives Inter Milan a chance to go first on goal difference if it can beat AC Milan in a city derby.

Juve stayed rooted on 54 points, with the Nerazzurri on 51 and Lazio on 50 before Sunday's visit at Parma. Verona, now on an unbeaten run of eight games, are sixth in the Europa League zone with 34 points.

Juve's Douglas Costa shook the bar in the first half and Cristiano Ronaldo hit the post, then opening for the champions after the break, getting the better of Amir Rrahmani to find the far corner; Ronaldo is now on a 10-game scoring run in the league, with a tally of 20 goals.

Fabio Borini levelled in similar fashion as Juve playmaker Miralem Pjanic involuntarily set him up for a clinical drive into the far corner and substitute Giampaolo Pazzini converted a penalty awarded after video review for Leonardo Bonucci's handball.

"We knew we had to struggle at the start, but then we took the lead," Juve coach Maurizio Sarri said. "Of course, we should not concede by making such superficial mistakes. We must get rid of them at all costs."

Verona veteran Pazzini said he is enjoying the great moment of the squad.

Atalanta occupy the last available place for next term's Champions League. They are to meet Valencia in the last 16 later this month in their first participation in the event.

A Federico Chiesa drive put La Viola ahead in a first half dominated by the Bergamo visitors, who levelled after the break when Duvan Zapata turned in an Alejandro Gomez cross and clinched victory when substitute Ruslan Malinovskyi fired in from outside the box.

"These were three very important points for the standings. It was a good day," Atalanta coach Gian Piero Gasperini said. "Now we play Roma [next Saturday] and then Valencia. It is a very hard season. Last year we battled for every point until the end [to finish third] and I think it will happen again."