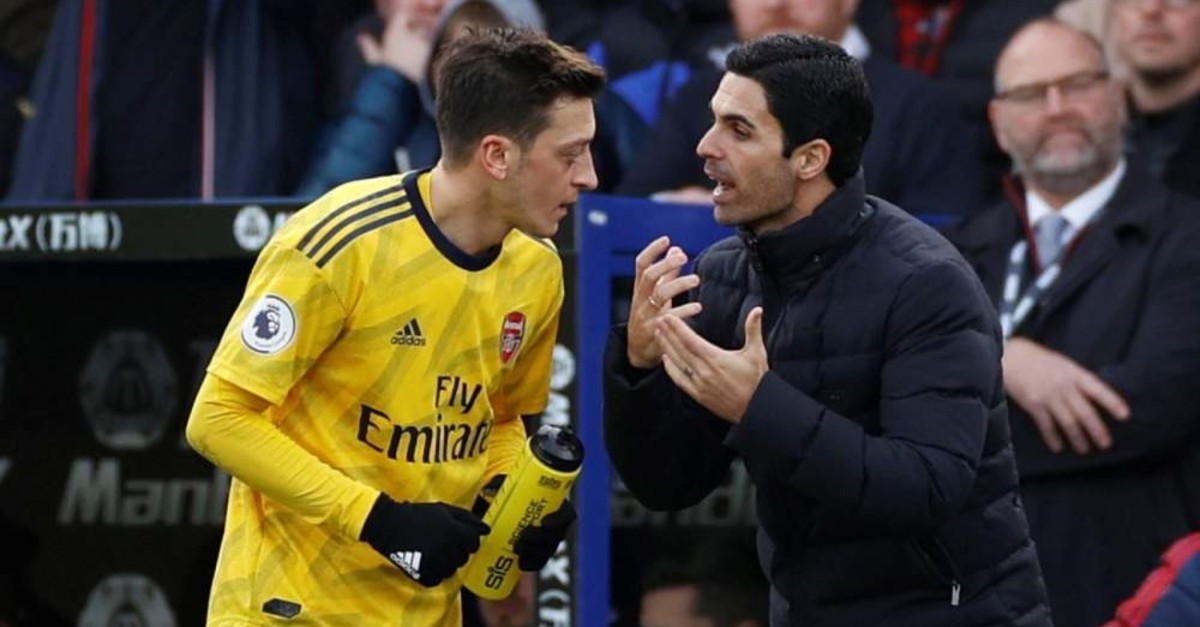 Arsenal have won just three matches since Mikel Arteta took over as manager in December, but playmaker Mesut Özil says the team have improved thanks to the Spaniard's fresh tactical approach.

Arsenal are 10th in the Premier League on 31 points, 10 behind fourth-placed Chelsea, but Özil said the players are still aiming for a spot in the Champions League qualifications with 13 games left to play.

"It's just two months that Mikel has been here, and we have improved a lot tactically," Özil told reporters.

"Everyone knows... in which position they have to play or how (the manager) wants to attack or make a lot of pressure on the opposite team.

"We know it is a hard season for us but we want to win games to take the points to be maybe at the end of the season in the top four. Our goal is to be in the Champions League."

Arteta, who took over from interim coach Freddie Ljungberg, has said he hopes to use their mid-season training camp in Dubai to help get his ideas across quicker and ensure results improve in the second half of the campaign.

In terms of his own future at the club, Özil said he is unsure what will happen when his contract expires next year.

"After this season, I have one more year and after that, I don't know what will happen because I can't see the future," he said.

"What I can do is give everything for the team, for myself, to be successful and let's see what happens in the future."