Teenage duo Haaland and Sancho leading the way at Dortmund 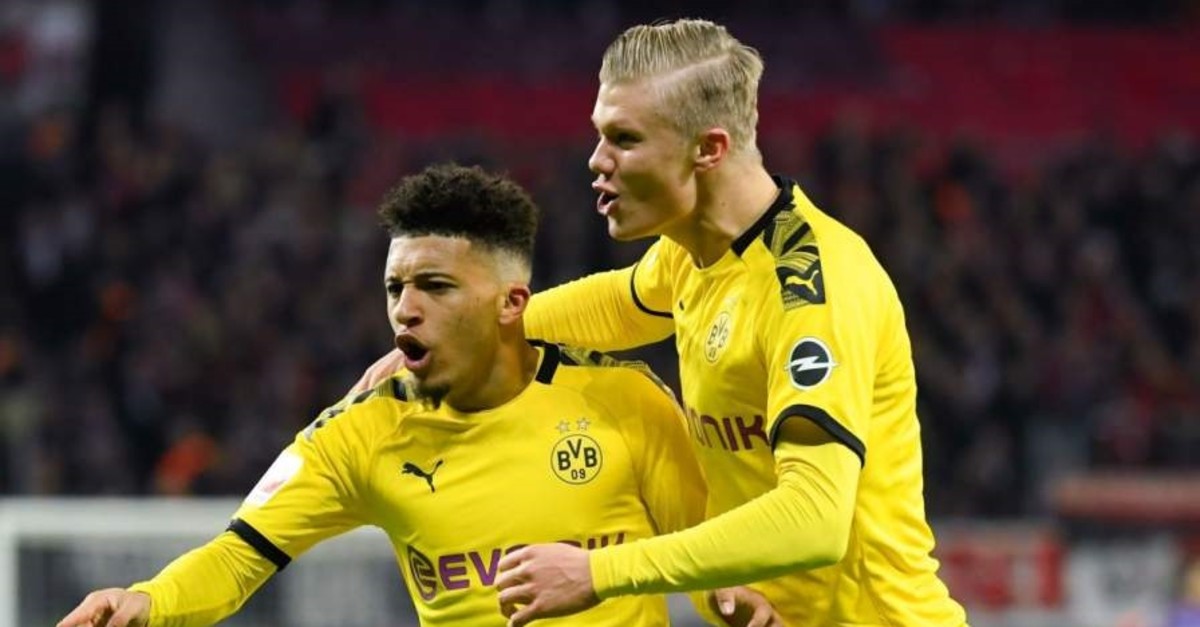 19-year-olds Erling Braut Haaland and Jadon Sancho have become the key players in Borussia Dortmund's hopes of a Bundesliga title challenge and progress in the Champions League.

"You can't win anything with kids," former Scotland and Liverpool defender Alan Hansen once famously said, but for coach Lucien Favre, the club's season and his own future could now hinge on the form of the two teenagers.

Norway striker Haaland arrived from RB Salzburg in the winter break, with a record of 28 goals in half a season, and has made an immediate impact with eight goals in his first four appearances for Dortmund, all but one as a substitute.

England winger Sancho's contribution has been even more vital, with 12 goals and 14 assists in 19 games including a streak of nine goals in nine games. He is the first teenager in Bundesliga history to reach 25 goals.

"What should I say about Jadon? What he has shown for a year-and-half is fantastic," Favre earlier this month.

According to the Bundesliga website, Sancho and Haaland are "the best teenaged pairing in world football."

The two players have posted "numbers that confound even the most optimistic supporters," it wrote following 15 goals by Dortmund in the first three league matches of the year – before defeats to Werder Bremen in the cup and at Leverkusen which again highlighted the team's defensive frailties.

"We combine very well and we're able to bring that into the games and help the team," Sancho said after the 5-0 thrashing of Union Berlin.

Dortmund also had 17-year-old Giovanni Reyna on the field at the end of their 4-3 defeat at Leverkusen on Saturday, to demonstrate that there is more youthful talent available.

Hansen's pithy comment had come in August 1995 as a BBC television pundit when criticizing a line-up fielded by then Manchester United manager Alex Ferguson. United then went on to win the Premier League and FA Cup with a team whose average age was above 26 years.

Squad ages have tended to drop since then, and in the Bundesliga this season it is not Dortmund but RB Leipzig, who have fielded the youngest line-up with an average age of 23.3.

While Dortmund have their 19-year-old duo and the likes of Reyna, Favre's squad is in fact around the Bundesliga average of 25.8, lifted by older players such as Marco Reus, 30, Mats Hummels, 34, Axel Witsel, 31, or Lukasz Piszczek, 34.

Eintracht Frankfurt at home on Friday and Paris Saint-Germain at home in the Champions League – a meeting with former coach Thomas Tuchel – on Tuesday are now key matches for Favre.