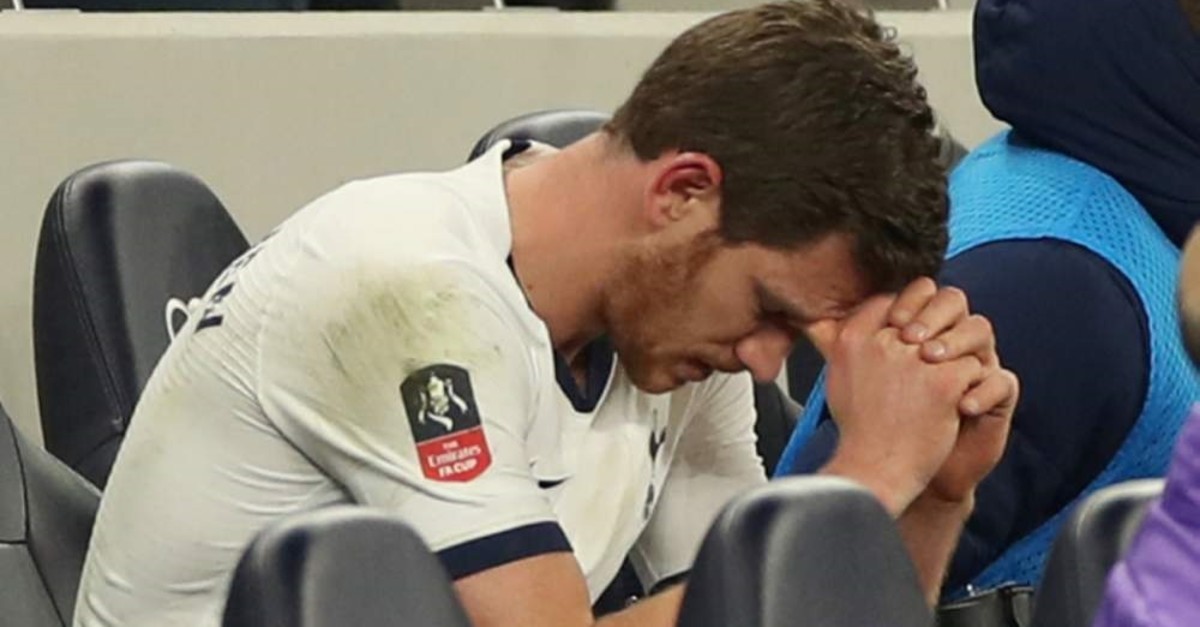 An alternative meaning for a controversial anti-Semitic epithet often used by fans of English soccer club Tottenham has been included in a list of new entries in a leading dictionary of British English.

The definitions of the words "yid" and "yiddo" – derogatory terms for Jews – have been updated in the Oxford English Dictionary to include "a supporter of or player for Tottenham Hotspur Football Club."

With concern from Tottenham and Jewish community leaders that the definition was misleading and the words' offensive meaning had not been highlighted, the dictionary included further context.

"Originally and frequently derogatory and offensive, though also often as a self-designation," the OED added in the definition.

Some fans of Tottenham, a north London club which has traditionally drawn a large fan base from the Jewish communities, call themselves the "Yid Army." But the usage of the nickname has stirred debate.

Tottenham has previously described it as a "call to arms" or a "defense mechanism" which portions of the team's fans use as an attempt to reclaim the term from its racist usage by opposing fans.

"As a club, we have never accommodated the use of the Y word on any club channels or in club stores and have always been clear that our fans (both Jewish and not) have never used the term with any intent to cause offense," Tottenham said in a statement following the release of the OED's updated definitions.

In 2013, then-British Prime Minister David Cameron weighed into the debate, saying there was "a difference between Spurs fans self-describing themselves as 'yids' and someone calling someone a 'yid' as an insult."

However, the nickname – stemming from a Yiddish term for Jews – now carries a "distinctly pejorative and anti-Semitic message," according to the World Jewish Congress. Jewish groups have called on Tottenham to take a stand and not tolerate its usage.

The English Football Association has also issued guidelines in recent years, saying it would "encourage fans to avoid using it in any situation."

Yiddish is the Germanic language historically used by Ashkenazi Jews of central and eastern Europe that incorporated Hebrew and borrowed freely from the languages of countries where Jews lived.

The OED said its decision to include a reference to Tottenham in its definitions was a reflection of the modern-day "usage and development of words in the English language."

"We reflect rather than dictate how language is used, which means we include words which may be considered sensitive and derogatory," the dictionary said. "These are always labeled as such."

David Baddiel, a British comedian who is Jewish and has been outspoken in his criticism of Tottenham fans using the "yid" epithet, said its addition to the dictionary will "weirdly give succor to ... the sense that Tottenham fans, rather than Jews, 'own' this race-hate word for Jews."

"The vast majority of fans of the club, including those who self-designate as Y-words, are not Jewish," he told Sky News television, "and therefore have no right of 'reclamation.'"

The Community Security Trust, a charity working to protect British Jews from anti-Semitism, said it was important that the dictionary had "clearly marked" that the terms were "anti-Semitic or otherwise offensive."

But, the charity said, "ultimately, it is some Spurs fans, not the OED, that have brought this racist term to wider public attention and potential use."

In December, Tottenham released the results of a poll it conducted on the word. It received more than 23,000 responses and revealed that 33% of respondents use it "regularly" in a soccer context. About 94% acknowledged the word can be considered a racist term against a Jewish person and nearly half of the respondents wanted supporters to abandon or use it less in chants.