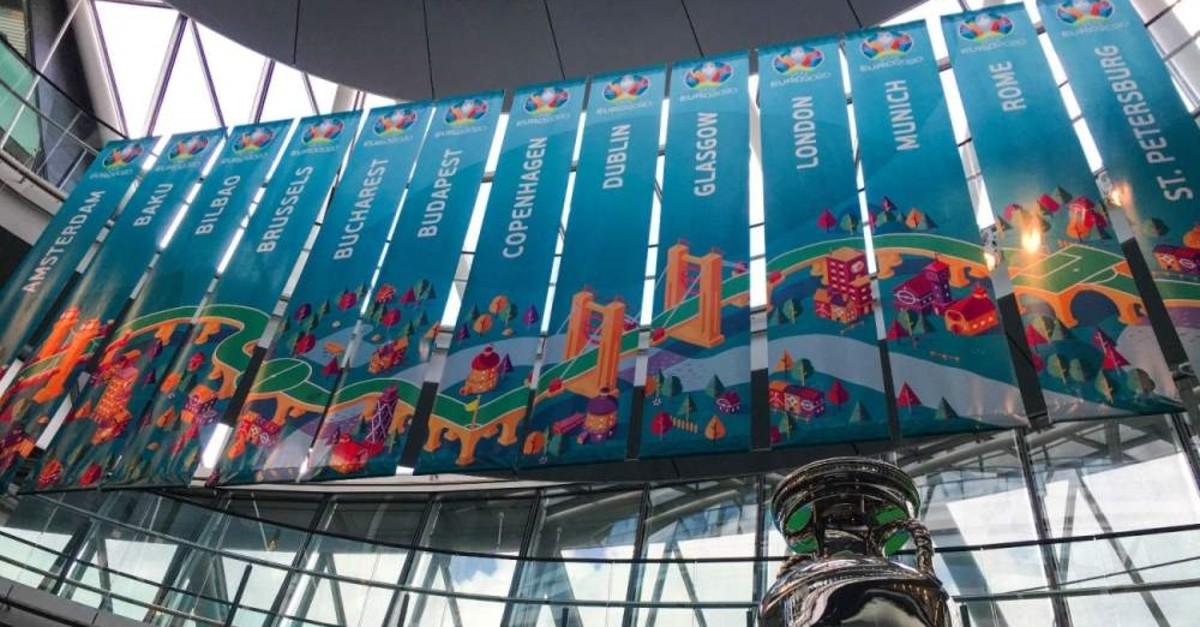 Despite promoting the organization as environmentally friendly, experts highlight the impact of UEFA's decision to host Euro 2020 in 12 different countries

The 2020 European Championship will be the first to be played all across the continent, with 12 different countries hosting matches, forcing teams and supporters to rack up thousands of air miles and leave behind a gigantic carbon footprint.

Sold by UEFA as a one-off to celebrate 60 years since the first European Championship, the format of Euro 2020 may be innovative, and organizers have promised to make the tournament environmentally friendly.

That promise seems to ring hollow, however, when, for example, Polish supporters will have to travel over 6,000 kilometers in 10 days to watch their team's group games, to Dublin and Bilbao and then back to Ireland again.

Matches will also be played by the Caspian Sea in Baku, nearly 5,000 kilometers from London, where the final will be held.

Contrast that with Euro 2016, when the tournament was held in France and the next Euro in Germany in 2024. Both of those countries are compact enough to travel around easily by train.

"This is total nonsense from an environmental viewpoint," Karima Delli, a French Green who chairs the European Parliament's Transport and Tourism Committee, told AFP.

"They say this new format is about showcasing European unity, but they're forgetting that there is a climate emergency."

However, UEFA insists it has taken this "emergency" into account and says it is "taking steps to ensure that Euro 2020 is our most environmentally conscious tournament to date."

The format for Euro 2020 will see several leading nations – England, Germany, Italy, Spain, the Netherlands – whose fans "are known to travel in their tens of thousands for major international tournaments," play their group games at home.

"This will significantly reduce the carbon footprint of the tournament," UEFA told AFP.

Meanwhile, Budapest's Puskas Arena will be the only brand new venue for the tournament. This, UEFA says, has spared "a huge environmental cost in energy, concrete and other resources."

In contrast, four new stadiums were built in France ahead of Euro 2016.

Andrew Welfle, of the Tyndall Centre for Climate Change Research at the University of Manchester, admits that construction is "a major source of emissions" for any major tournament.

That means there is a "huge difference" between the emissions caused by Euro 2020 and, for example, the 2022 World Cup in Qatar, where all eight venues are either being built from scratch or modernized for the competition.

Emissions caused by traveling supporters can be "the hardest thing to calculate" according to Welfle.

"The estimates will be based on lots of different assumptions which will themselves be more or less realistic."

UEFA itself has calculated that traveling fans and teams will produce 425,000 tons of carbon emissions over the duration of the Euro.

In comparison, it says, Euro 2016 in France created 517,000 tons of emissions. The 2018 World Cup, held in 11 cities across Russia but with 32 teams instead of 24 at the Euro, produced almost 1.5 million tons of emissions, according to reports produced by organizers.

To compensate, UEFA is pledging to invest in "emission reduction projects," and intends to plant 50,000 trees in each of the host countries in order to "leave a lasting legacy".

But experts are not convinced.

"Planting trees is great, but planting trees and then leaving does not resolve the problem," says Welfle. "At the end of the day that is not going to change the quantity of emissions produced during the tournament."

UEFA is also attempting to reduce emissions, for example, giving supporters free use of public transport on matchdays, and recycling more waste.

Yet surely the least sustainable aspect of all is the constant obsession with expanding major competitions, with the Euro having grown from 16 teams to 24, while the World Cup will soon balloon from 32 to 48 teams.

"If climate change is becoming a priority, there are numerous ways in which these competitions can be organized differently," Welfle says.

"Why not base the decision on the host country on the issue of transport? Maybe they can reduce the number of matches, and give spectators longer to travel to venues."

In September, UEFA president Aleksander Ceferin acknowledged that football had "not done much for the environment".

The pan-European format is unlikely to be repeated and UEFA has promoted the "excellent transport infrastructure" in Germany, the next host.