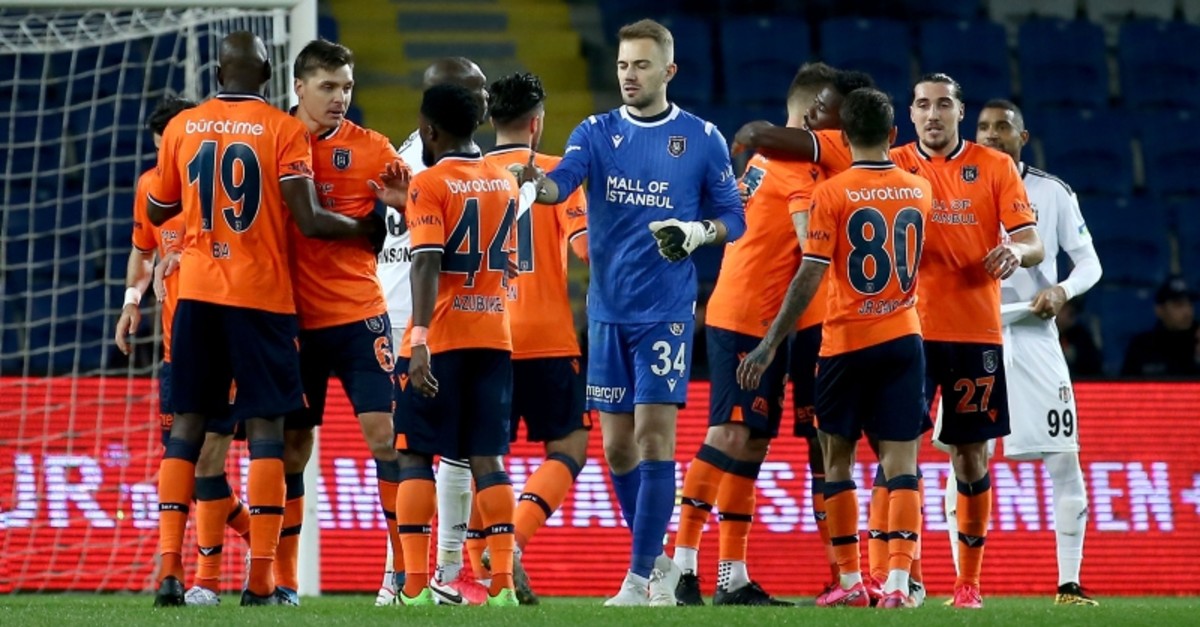 Medipol Başakşehir beat Beşiktaş 1-0 taking the top spot in the opening game of the week 22 of Turkish Süper Lig Friday.

Yalçın said they lost against a team that did "nothing" throughout the match, adding they would feel sorry even if the match ended in a draw.

Başakşehir technical director Okan Buruk said he is happy for the three points the team scored although his side could not lead their own game and allowed Beşiktaş to control the game.

Turkey’s top football division is set for riveting action as seven title contenders face at least one other challenger within a week. The top seven are separated by just six points and fixtures this weekend and the next match could prove decisive in the race for the title.

Sunday will witness a top-of-the-table clash between Sivasspor and Trabzonspor. The two sides have a one-point difference with Sivasspor in the lead with 42 points, however, Trabzonspor has a game at hand. Taking the second spot after beating Fenerbahçe last week, Trabzonspor will have a chance to sit at the top after nearly 298 weeks. The last time the Black Sea club topped the ranking was in the highly contested 2011 season, when the Turkish football scene was rocked by the biggest match-fixing probe to date.

Elsewhere in the day, champions Galatasaray will face Yeni Malatyaspor at home. Knocked out of the Turkish cup by Alanyaspor on Wednesday, Galatasaray's Manager Fatih Terim will have to do his best to save face.

Sivasspor will also kick off next week against fourth-placed Aytemiz Alanyaspor on Friday, followed by Beşiktaş and Trabzonspor’s crucial match on Saturday.

Reigning champion Galatasaray, currently in the fifth spot, will take on sixth-placed rival Fenerbahçe next Sunday. There will be more than bragging rights up for grabs in the derby as the bitter foes are just a point apart on the table.