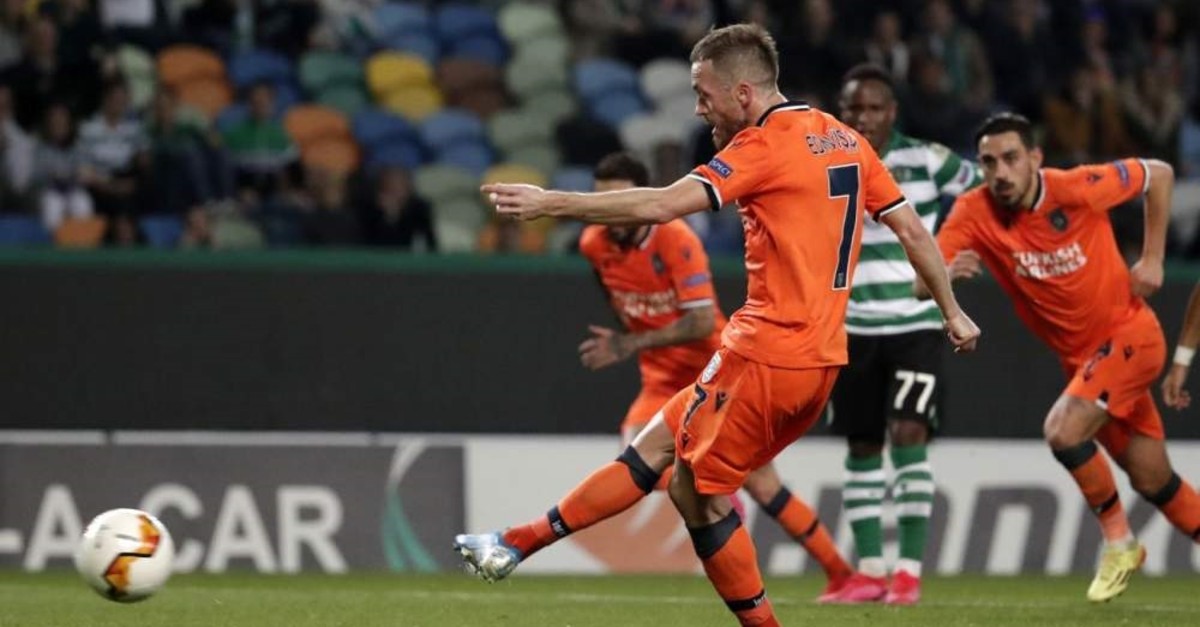 Let me make one point really clear from the very beginning, Sporting Lisbon is not a team Başakşehir needs to fear. The first leg in Lisbon was almost a disaster because Başakşehir players weirdly overestimated their opponent's strength and got extremely anxious. This caused them to make so many simple mistakes that gave Sporting the control of the game.

On the strategic level, both teams were pretty much on the same level and if Başakşehir had not done so many simple mistakes, the result could have been very much different. Only in the last 30 minutes of the game Başakşehir started to come to its senses and scored a goal from a penalty, which will give hope before the second leg. Now, there are two things that Başakşehir must do; bring confidence and utilize Sporting's mistakes.

The first objective should be pretty easy to achieve for a team like Başakşehir. It is on the same level as its opponent, so it must not overestimate Sporting's strength. Added to that, Başakşehir has one of the most experienced squads in the Europa League. It has several players with long careers in top-level football. So it was surprising to watch Başakşehir become so anxious that it could not play its usual game, which would definitely be enough to concede fewer goals.

During the first and third goals, the Başakşehir defenders' reaction was so slow it felt like they were playing their second game of the day. The anxiety level of the team severely decreased the energy and the confidence of the players.

Secondly, I think Okan Buruk should put more players in the midfield to dominate the center of the game and block Sporting from building-up their game.

In the first leg, Buruk had only Mahmut Tekdemir and İrfan Can Kahveci in the midfield to build the bridge between the defense and offense, but Sporting stormed that area with three players when attacking and five players when defending. Their wingers Yannick Bolasie and Jovane Cabral came to the center when Sporting lost the ball, making it five against Başakşehir's two in the most crucial part of the game. In the second leg, Buruk should opt for three central midfielders, instead of two strikers.

Decreasing the number of strikers to one is also crucial, as in the first match Enzo Crivelli and Demba Ba were easily marked by Sporting center backs Sebastian Coates and Luis Neto, who were physically similar to tall, strong but slow Başakşehir strikers.

In the second leg, however, instead of trying to win a chaotic aerial battle against tall Sporting defenders, Buruk should opt for slipping past them with a fast player like Eljero Elia. Başakşehir's main focus should be winning the ball in the center and then delivering it to Eljero Elia and Edin Visca. This way Başakşehir can turn the tables and eliminate Sporting.