Trabzonspor rescues late draw at Beşiktaş to stay on top 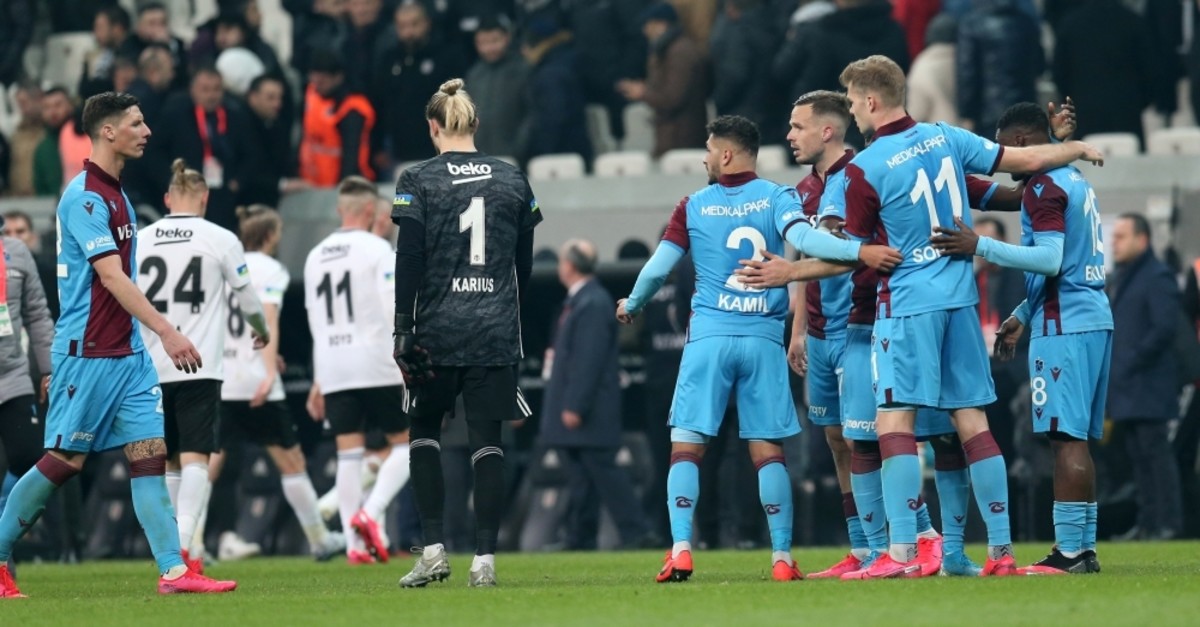 The league's top scorer Alexander Sörloth opened the scoring for Trabzonspor in the 5th minute after a fast break.

The Black Eagles' winter arrival Kevin-Prince Boateng equalized in the 57th minute, tapping home a low cross from Burak Yılmaz. It was Boateng's second goal in three matches for the Istanbul team.

Beşiktaş had several big chances to seal the victory, but in the 91st minute, Sörloth netted his second of the night, converting Caleb Ekuban's cross. The Norwegian forward now has 19 goals in 22 games.

Trabzonspor remains first with 45 points after 22 matches, while Beşiktaş is seventh.

Istanbul Başakşehir, who is third with 43 points in 22 games, will play Rizespor away on Sunday, and could topple Trabzon in case of victory.