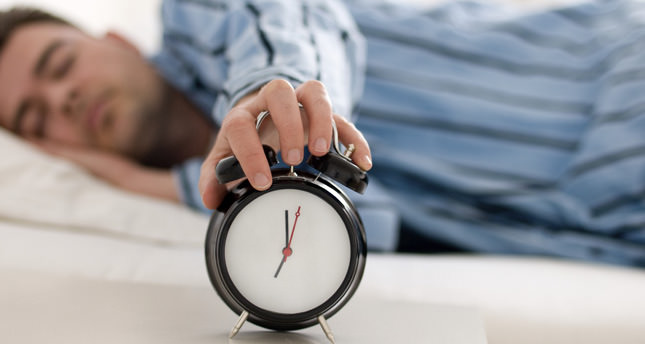 Sleep is like your Boss: Getting along will be much easier if you do not disturb it. Sleep does more for you than just hitting your body's reset button, it also restores and rejuvenates

Although a necessity, most of us don't get enough sleep. Basically, in today's world we are a society that burns the candles. Especially in developed countries, people stay up all night to study, work, or even to have fun. However, going without sufficient sleep carries short- and long-term unwanted health issues. Lack of sleep may affect your decisions, mood, learning capability and ability to retain information and thus may increase the risk of serious accidents and injury in the short term. Moreover, in the long term, when sleep deprivation becomes chronic, it may lead to health problems including obesity, diabetes, cardiovascular disease, and even early mortality. The long run is solely related and actually is an aftermath of obesity caused by insomnia. As you will read throughout this article, the cost of poor sleep is much greater than you think. Let's go into detail from the examples of research that has linked diseases with chronic sleep deprivation.

There are several cases linked chronic inadequate sleep and weight gain. Research demonstrated people who consistently sleep less than six hours every night are much more likely to have a higherthan- normal body mass index (BMI) and those who sleep eight hours have the lowest BMI. BMI is our scale in the judgment of obesity and frailty, and as such this research shows lack of sleep is now being perceived as a potential risk factor for obesity, along with the two most commonly identified risk factors (overindulgence and lack of exercise).

Studies that analyze the mechanisms involved in regulating metabolism and appetite began to explain the connection between sleep and obesity. As I will mention below in detail, your simple guide should be the rule, "Sleeping less will eventually result in more time spent awake and thus more time to eat!" Throughout the day and night, our bodies secrete hormones that help to control appetite, energy, metabolism and sugar (glucose) processing. When you are deprived of sleep, the balance of these rhythmic processes and also other hormones are troubled. As an example, poor sleep leads to an increase in the production of the stress hormone called cortisol.
I
don't think we need to mention the consequences of stress, since many are aware that it is the main problem in today's world. Moreover, lack of sleep is also associated with increases in the secretion of glucose processing hormone "insulin" following a meal. Insulin stimulates fat storage, thus higher levels of insulin are obviously associated with weight gain, which is a risk factor for diabetes. Once your sleep pattern is disturbed and causes hormonal changes in your body, the rest is just an aftermath.

Additionally, inadequate sleep is also associated with lower levels of satiety hormones called leptin and ghrelin. Leptin alerts the brain that you ate enough and ghrelin stimulates appetite. Can you imagine in an imbalance of these hormones?

Well, as a result, poor sleep may result in food cravings even after you have eaten enough. Moreover, you may also eat more carbohydrates that satisfy the craving for a rapid energy boost. After all this, lack of sleep means lack of energy and may leave you too tired to burn off these extra calories with exercise.

Long-term studies have found that weight gain due to chronic sleep deprivation may lead to type-2 diabetes. Since one of the major risk factors of diabetes is obesity, this is not a surprise. But obesity caused by lack of sleep is not the only cause of diabetes. Even in a shortterm sleep restriction study, researchers found that when healthy subjects who had their sleep were reduced from eight to four hours per night metabolized glucose more slowly than they did when they were permitted to sleep 12 hours.

Although scientifically not strong enough, several epidemiological studies also showed people who slept less than five hours every night on average had a significantly increased risk for having or developing diabetes. In light of all these studies, we can clearly say that sleep may be as important as exercise or diet when it comes to diabetes.

Research demonstrated that even a single night of inadequate sleep in people who have an existing history of hypertension may cause hypertension (or at least an elevation) throughout the following day. This effect may begin to explain the association between lack of sleep and cardiovascular disease. Besides being the etiological factor for hypertension, lack of sleep may also cause cardiovascular disease as a consequence of obesity and diabetes.

In a study it was shown that sleeping fewer than six hours or more than nine hours increases the risk of coronary heart disease in women. So, sleeping too much is also a troublemaker like sleeping too little. Just like anything in life, living on the edges causes problems, even if it is just sleep.

Since even a single restless night may result in people being irritable, touchy and moody the following day, it is imaginable that chronic sleep deprivation may lead to long-term mood problems.

In research, people who slept four and a half hours per night reported feeling more stressed, sad, angry and mentally exhausted. In another study, people who slept four hours per night showed decreasing levels of optimism and sociability as a function of days of inadequate sleep. All these symptoms improved noticeably when people returned to a normal sleep pattern and schedule.

It is expected that people will go to bed when they are sick.

Substances produced by the immune system to help fight infection can also cause fatigue. A hypothesis proposes that the immune system evolved to include sleepiness- stimulating factors because inactivity and sleep provides an advantage. This advantage is those who slept more when confronted with an infection were better able to fight that infection than those who actually slept less. In fact, studies in animals suggest that those who get more deep sleep following an experimental challenge by microbial infection have a better chance of survival. Yes, according to this research sleeping will let you live longer.

Alcohol use (not binging but chronic intoxication) is more widespread among people who sleep poorly. There are two major reasons for this. First, alcohol acts as a mild sedative and is commonly used as a sleep aid among people who have sleep problems such as insomnia. Secondly and fortunately (fortunate for us, so you may take this reason as an excuse to step away from that bottle for your overall health) the sedative quality of alcohol is only temporary. The body processes alcohol in a few hours and it begins to stimulate the parts of the brain that cause arousal, in many cases this stimulation causes you to wake up and of course cause sleep problems later in the night. So do not drink to sleep; instead of helping you out, it will cause more trouble.

Taking into account the many potential adverse health effects of insufficient sleep, it is obviously not surprising that poor sleep may be associated with lower life expectancy. Results from large crosssectional epidemiological research demonstrated that sleeping five hours or less per night on average increases the risk of mortality by approximately 15 percent. Sleep enough for a better and longer
life.

1. Do not drink and drive sleep: My judgment for alcohol is that, it is one of the worst beverages to drink before going to bed. It will make you feel fatigued, but as I mentioned earlier, it will wake you up in the middle of the night right after your body completes metabolizing it. You should stop drinking alcohol and caffeinated beverages at least two hours before bed to avoid distracting the natural rhythmic pattern of sleep that is necessary for a good rest.

2. Cool down: The ideal sleeping temperature is 18.5 degrees Celsius.

You may think that it is too cold, but cooling down, especially during passive metabolic activity in your sleep, is more difficult and heat will also wake you up.

3. Turn off the lights: I mean every kind of light, even your bright smartphone screen. Exposure to light or darkness is a key factor in how well you sleep. The hypothalamus of your brain reacts to light by signaling other parts of your brain that control hormones, body temperature, and other functions that will make you feel sleepy or wide awake. The smartphone screen light is more dangerous than your room light. Don't forget not paying attention to how well you sleep is just like not paying attention to a leak in the roof of your house. Not sleeping enough and/or not sleeping well are not acceptable. As a matter of fact, there is quite a price to pay.