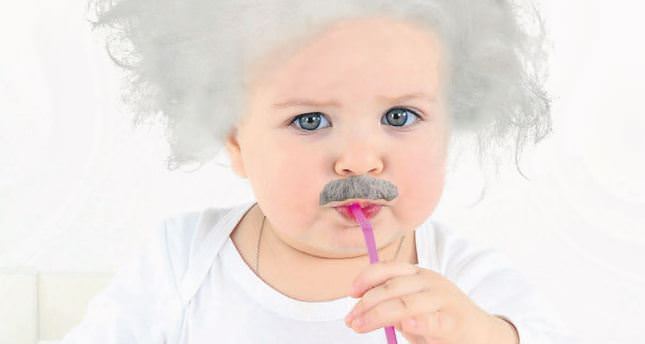 All parents aspire for their child to be the highest achiever, forgetting that you reap what you sow. Placing your child in the care of devices that are intended to be educational may not yield the outcome you desire

Nowadays everyone works hard and spares less time for their little ones. Due to lack of time to invest in their child's educational development, parents started to hold on to so called "educational videos" for this purpose leading to a growing popularity of these videos or even TV shows that focus on improving the development of babies. The question about the effectiveness of these shows in helping a child's brain development has not been researched well enough and the literature behind is scarce. The claim used in marketing these are too good to be true: park your baby in front of such video and in no time they will be talking or getting smarter! Can this be really true? Well, in my opinion it's too good to be true and now science says that it is not as good as it was thought to be! Let's try and find an answer in medical literature.

While strolling around store aisles full of educational toys or videos that promise to maximize your baby's brain development, most of you (I mean parents) feel awkward if you don't buy such products that are said to be specially designed to make your babies smarter.
All around the world, and now with the high popularity, parents spend billions every year on products that promise to do just that. The most popular ones are, as you may guess, Baby Einstein and Brainy Baby. The makers of these products claim that they are exclusively designed to stimulate discovery and inspire new methods for parents and babies to interact. That's what enlightens in your brain, right? The references in the brand names to "Einstein" or "Brain," and "the Alfred Tomatis's Mozart effect" lead parents to believe that these products will give their child a better chance at becoming a genius. Well, at least their names are related with cognitive skills! I know, everyone would like their kids to be smarter or as a public sign they would want them to start talking earlier. First of all before going forward lets clear it up once and for all, it does not mean that your child is inadequate if they don't start talking early. Whats hurting their cognitive skills is not the way they act, it's the way you approach to them by these myths. As of today, I can clearly state that, evidence based research does not suggest that the popular educational baby videos create geniuses. In fact, they might even slow a baby's development!

A recent study by a team at the University of Washington, 1,008 parents of children aged two to 24 months were surveyed. They were asked questions about what TV programs their children were watching. Following the survey questionaire, the parents were also asked to complete an evulation of their child's language developmant skills. Now comes the surprise which blurs the theory behind these so called "educational videos." Infants aged eight to 16 months who watched baby DVDs or videos for an hour per day had a significant drop in their language development skill. The babies who watched these videos recorded lower scores on the language skills assessment test than babies who weren't exposed to the these videos. This result was actually disapproving the hypothesis of these videos, and moreover it was doing harm instead of doing good! For toddlers, the effects were not found to be quite as worrisome. While toddlers watching these programs were still not associated with any improved language development, they were at least not associated with any decline in their language development. Although there is no estabished cutoff value in the study for worsened outcomes, it does not mean that babies older then sixteen months can safely be parked in front of these videos.

Another study by researchers at the University of California was designed as a randomized controlled trial to verify the accuracy of the previous study. Since it was a randomized controlled study, its results are thought to be more evident in science. It was the most demanding study carried out in this area so far. Researchers planned to determine the value of a popular video, which was proposed to teach children new words. The researchers appointed a group of 96 babies aged 12 to 24 months old to watch the video for six weeks. The results of the study group were compared with a control cohort of babies who did not watch the video.

A group of words were targeted in the video through highlighting them and they were used to measure how much the video helped babies learn these words. Babies' parents were asked to perform the measurement in compliance with the research protocol. It's scientific, no worries on cheating! And hey, they are only one to two years old! Guess what the result was this time! At the end of the study period of six weeks, it was shown that babies who watched the video didn't know more words than those who hadn't watched it!

Here's another surprise. The research showed in fact, that the younger they start watching these videos the lower they score in the language skills test. Which is again the contradictory outcome of what you'd expect. Most of these videos are promoted as a way to help familiarize your child to scenes, wonders, sounds and experiences in their little surrounding world. Basically, interacting with them by utilizing books, toys and your actual household objects may similarly work just as satisfactorily.

Although nowadays, the creators of these "educational" videos claim that they actually don't advertise their videos with a statement that they will help make babies smarter. They initially started their marketing campaign in history by promising increased developmental skills brought by their products. And, I do admit, I bit that bait in the past! The American Academy of Pediatrics recommends that toddlers under two years of age should not watch any videos or television. Previous research suggests that time in front of a television or computer screen might actually hurt a child's development rather than helping it.

They may not become baby Einsteins, but what about when they get older? People used to ask me this question, although they worsen the outcomes in toddlers, they might have a longterm improvement which we might miss. Now we have evidence on older kids. One study suggests that watching television before the age of three is clearly associated with decreased mental development at ages six and seven. This trajic result was evidenced by lower scores in tests of reading recognition, reading comprehension, and remembering numbers. Despite the trajic result of younger children, in a compilation meta-analysis of 12 studies that examined the effect of television content on children ages three years and above, educational television programs were found to be successful in broadening children's knowledge.
The short term results predicted that educational programs may alter children's attitutes on particular ideas. For example, in one study demostrating children's television segments that featured African American children playing made the study children more likely to select a photograph of an African American child when they were asked to select photographs of children they would like to play with. However, in studies television watching, there was no convincing or clear evidence that television affected the children's prosocial or aggressive behavior.

Most of the experts worry that the propagation of these so called "educational" baby products will continue to supersede the most important thing that babies need in beginning of their life - face time with human beings. Every interaction with your child is big in that timeframe, especially for their small world. Your words become the background sound of their world, continue on talking to them instead of parking them in front of toy or television. Don't forget, they are listening to you
more than anything!