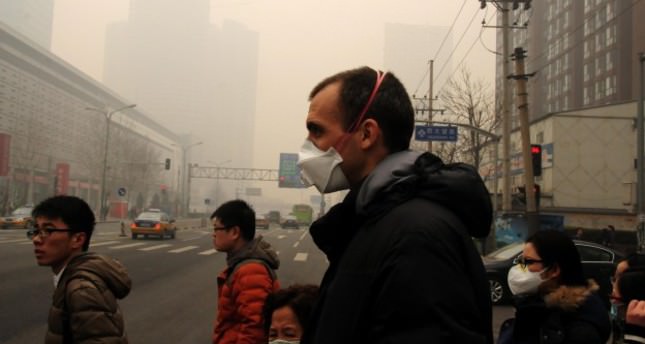 by AA May 08, 2014 12:00 am
GENEVA — Air quality in most of the world's cities failed to meet World Health Organization guidelines for safe levels, according to a report from the organization.

Surveying 1,600 cities across 91 countries, the organization revealed that most are now monitoring their outdoor air quality which reflects the growing recognition of air pollution's health risks.

Half of the world's population, around 3.5 billion, reside in cities and of this only 12 percent are living in cities which comply with the air quality guideline levels recommend by the organization.

Meanwhile, half of the world's urban population that is monitored is exposed to air pollution that is at least 2.5 times higher than the levels the organization recommends.

10 countries with the world's dirtiest air


The organization is therefore calling for greater awareness of the health risks caused by air pollution, implementation of effective air pollution mitigation policies and close monitoring of the situation in cities worldwide.

"We cannot buy clean air in a bottle, but cities can adopt measures that will clean the air and save the lives of their people," Dr. Carlos Dora, a Coordinator in Interventions for Healthy Environments at the World Health Organization's Department of Public Health, Environmental and Social Determinants of Health.