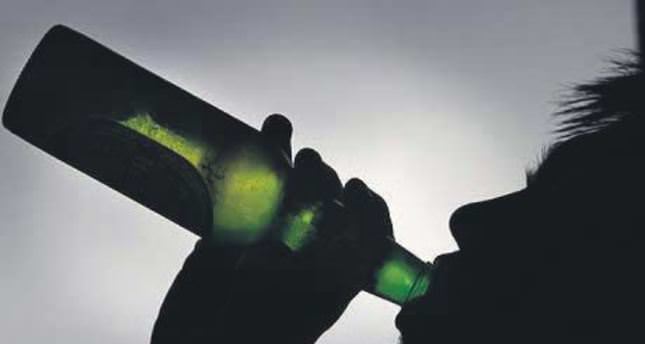 by May 13, 2014 12:00 am
LONDON — More than 3 million people died from using alcohol in 2012, for reasons ranging from cancer to violence, the World Health Organisation said on Monday, as it called on governments to do more to limit the damage. "More needs to be done to protect populations from the negative health consequences of alcohol consumption," said Oleg Chestnov, a WHO expert on chronic disease and mental health. He added there was "no room for complacency", warning that drinking too much kills more men then women, raises people's risk of developing more than 200 diseases, and killed 3.3 million people in 2012. On average, according to the WHO report, every person in the world aged 15 years or older drinks 6.2 litres of pure alcohol per year. But less than half the population 38.3 percent drinks, so those who do drink on average 17 litres of pure alcohol a year. "We found that worldwide about 16 percent of drinkers engage in heavy episodic drinking often referred to as 'binge-drinking' - which is the most harmful to health," said Shekhar Saxena, director for mental health and substance abuse at the WHO. Poorer people are generally more affected by the social and health consequences of alcohol, he said: "They often lack quality health care and are less protected by functional family or community networks."

The global status report on alcohol and health covered 194 countries and looked at alcohol consumption, its impact on public health and policy responses. It found that some countries are already strengthening measures to protect people from harmful drinking. Those include increasing taxes on alcohol, limiting its availability by raising age limits and regulating marketing.

More countries should take similar action, WHO said. More also needed to be done to raise awareness of the damage alcohol can do to people's health and screen for those who may need earlier intervention to cut down or stop. Globally, Europe consumes the most alcohol per person. Some of its countries having particularly high rates of harmful drinking.

A study published earlier this year found that a quarter of all Russian men die before they reach their mid-fifties, largely from drinking to excess. Some men in that study reported drinking three or more bottles of vodka a week. The WHO said global trend analyses showed that drinking has been stable over the last five years in Europe, Africa and the Americas. But it is growing in South-East Asia and the Western Pacific.