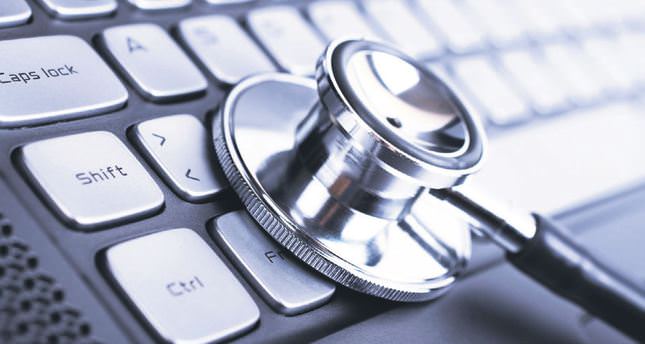 by Halit Yerebakan Jul 07, 2014 12:00 am
First of all, I would like to start with "Ramadan Kareem" to all whom fast during this holy month. As you may all know or at least heard, detox treatments have been practiced for centuries to clear up toxins from our bodies. Hippocrates has advised fasting for a better health status, where as religions have advised fasting for a better psyche state. Although fasting is mostly done as a religious practice, nowadays more and more people are fasting for better health. The most important idea behind this is the benefits of fasting towards human health. As there are several reasons why people fast, there are also different types of fasting.

This type restricts all foods for a timeframe and it is called "absolute" due to its extreme conditions. This type of fasting can be a day- or a week-long. People are only allowed to drink liquids with this type of fasting. Such is generally advised by doctors in the setting of rheumatoid diseases in order to take inflammation under control.

Intermittent fasting
In this type people restrict both liquids and foods for a certain time frame every day. Intermittent fasting has spiritual roots and is mostly practiced by Muslims during the holy month of Ramadan. Besides Islam, other religious communities including Hindus, Jewish, Greek Catholics and eastern orthodox also practice this type of fasting.

The effects of fasting on human health

Sugar, scientifically called glucose is our body's main energy supply. It is also the main element needed for our brain functions.
Once we are out of glucose or there is no intake for four to eight hours due to fasting, our body starts using the glucose stored in our liver called glycogen. The process that converts glycogen to glucose is called glycogenolysis and during glycogenolysis we also use some of the proteins that we take with foods.

The energy gained by this process can be enough to our bodies for up to 12 hours. That being said, the basic and complex carbohydrates we take right before we start fasting, called "sahoor time," can provide energy for the first eight hours in fasting. After the first eight hours, the proteins we take during sahoor will provide an additional support of 12 hours to us. This way, eating smart when fasting or in Ramadan during even the longest fasting hours will not cause any unwanted health effects. What about after 18 hours? Well, that is the time when fat storages come into action and they act as third energy supplies for our bodies. There is basically nothing to be afraid of during Ramadan, and I always express this to my patients by saying that you already fast every single day of your life without labeling it "fasting." Don't you all go to bed and not eat or drink during the night for an average of eight hours? That is our physiologic fasting state where we give our system a rest for its restoration. That is why I advice fasting to all and say that our bodies are actually designed to fast.

Additionally, just to let you know that, there are no religions advising people to fast until your body gets into starvation or starts melting down. A great attention has to be given to water or liquid intake during fasting, since food is basically not related as much as water when it comes to metabolic functions in the human body, especially when they are able to eat only at certain times of the day. You need to drink more if your body-mass index is higher. This means that if you are taller and/or heavier in weight you must drink more than the recommended average of 2 liters of water a day.

The answer is simple. When you body is bigger you have a bigger surface area, each square centimeter increase in your surface means that you loose more body water than smaller sized people because of insensible water loss due to weather conditions.

Although you have a very limited time to eat or drink between episodes of fasting, we do ask you to spread out your liquid intake during this period instead of drinking in boluses. This basically means that drinking a liter of water right before starting fasting is not enough and not right for your body. In this case, the excess water will directly turn into urine and your daily water reserve will not be filled properly, causing dehydration during the fasting day. Of course the advices that promote fasting is only for people who are in good health. Islam and most probably all other religions prohibit fasting to people who are not in a good state of health. The most important diseases that prevent fasting are diabetes and renal diseases.

Diabetic people take either oral or subcutaneous medicines to control their glucose levels, and if they do not eat regularly their treatment will be effected and also they might go into hypoglycemic state that is a great trouble for our bodies.

On the other hand, our kidneys need water to supply and to rejuvenate. So if you have chronic kidney disease where your renal function is compromised, you may even need more and continuous water intake to protect them becoming worse. It should be forgotten that religions also prohibit fasting to pregnant or nursing mothers. During pregnancy or nursing your body will need at least an additional 20 percent of liquid intake than that of your regular daily need, which basically cannot be achieved during fasting. If you have a health concern or are under chronic treatment with medications, it is always best to ask your doctor if you are eligible to fast.

There are so many literatures that have been published advocating the health benefits of fasting. Some scientist even discuss that the limitation of smoking during fasting of Muslims and Bahais will even have positive health effects. Additionally, in general, people pray and meditation more during religious fasting, which adds up to other health effects and is a great benefit for mood and the psyche. Lets take a look at several literatures that I have found advising fasting.

Pakistan Biologic Sciences journal has published an article in 2007 saying that, fasting may help obese people to lose weight.

American Cancer Association and Cancer Causes Control Journal have published an article demonstrating that intermittent fasting may reduce long-term cancer risks. A research funded by the National institute of Aging has shown that fasting results in a better self-protection of healthy cells towards external agents including chemotherapeutic drugs.

According to Mayo Clinic articles and Harvard Science, fasting was found to have beneficial effects on heart health. It is thought that fasting casues our bodies to metabolize cholesterol and glucose in a better fashion during fasting. It was also shown that the level of sirtulin, a type of enzyme that causes fat storage in our bodies, will decrease and also reduce the production of bad (LDL) cholesterol.

A recent article published in the Journal of Science Translational medicine has shown that fasting increases memory functions and clarity of mind. It was also reported that this calorie intake restriction was also beneficial for degenerative brain disease including Alzheimer's and Parkinson's.
Last Update: Jul 07, 2014 1:01 am
RELATED TOPICS