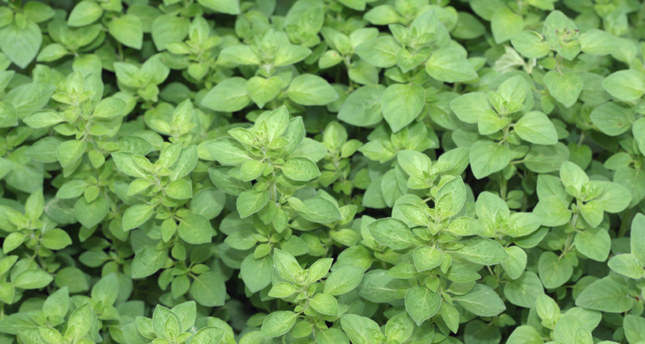 by Halit Yerebakan Aug 04, 2014 12:00 am
Our body is composed of different systems, but there is an overarching system that allows all others to work together seamlessly. This system is called the immune system.

The immune and lymphatic systems protect your body from diseases and germs from the very first day of life. It is also called the body's first line of defense. A healthy immune system is not only required to protect you from germs, but it also protects from other diseases. Within history, it was believed that all of the diseases were caused by an underlying infection, but today our belief has expanded the borders of that thought. Bacteria, viruses, and fungi do cause diseases as an aftereffect of their infections, but on the other hand, various diseases occur as a result of continuous inflammation that causes failure in specific systems. Several circulating cells or biochemical substances that are produced in your body by the immune system act as the body's selfdefense mechanism. These circulating substances that play a role in our defense mechanism are called immune products.

For example, our immune system produces white blood cells containing antibodies that fight off the ongoing infection at a specific site or a problematic tissue that has an ongoing inflammation. This might be complicated, but if we sumup all of these processes in one phrase, we can say that the immune system is literally the defensive war center of your body. Moreover, the lymphatic system works as a transportation and destruction mechanism for dead or damaged cells including cancer cells, and it removes these cellular wastes from your blood stream.

Problems within our immune or lymphatic system may result in various diseases. These diseases can be as simple as the flu or as severe as a cancer. Furthermore, even chronic fatigue syndrome is thought to be caused by a depressed immune system. On the other hand, sometimes your immune system can be overactive, which may lead to autoimmune diseases including multiple sclerosis, Huntington's disease, and lupus., Due to the seamless nature of the immune system, if there is a change in any way, your body will react negatively. Even allergies are caused by irritation of the immune system. When the system mistakes the substances entering your body as foreigners, it will start attacking them, thus, causing an allergic reaction.

There are several medical conditions and medications that weaken or depress your immune system. These include:

- Either abuse or withdrawal of alcohol and drugs v Medical conditions including diabetes, cancer, HIV/AIDS, or autoimmune diseases where your body mistakenly identifies its own tissues as harmful v Chemo or radiotherapy v Certain medical agents including corticosteroids or those taken specifically to suppress the immune system after an organ transplant v Splenectomy, where a surgery has been done to remove the spleen Of course, there are many simple ways for you to help keep your immune system strong.

Whatever you do, the first step is changing your lifestyle habits to healthy ones, especially after you consult your doctor or healthcare professional! These healthy habits include maintaining a balanced diet, avoiding (or at least, minimizing) stress, exercising regularly, and getting the necessary amount of sleep your body needs. In addition to the daily so-called "healthy routines," you can also pick one or all of the suggestions below that may naturally boost your immune system.

- If you're prone to sickness or do have a depressed immune system, the first line of natural support you should consider taking regularly is "larch arabinogalactan." A recent study has found that this substance can help reduce the number of colds by up to more than 20 percent. This is one of the highest levels of risk reduction we have seen by natural therapies for colds so far. Do not forget to look out for the ingredient named 'larch resist-aid' in your supplement choice.

- Oil of oregano may help to boost your immune system as well as your gut health. Oregano became popular over the recent years after much research was conducted on it, so it is much easier to find the oil now. It kills and eliminates the bad bacteria that may dominate your digestive system. For the best results do not forget to take it after cleansing your gut.

- Add some Japanese mushrooms to your diet. It doesn't matter if it's a enoki or shitake! These mushrooms include a powerful antioxidant "ergothioneine" that also isn't lost during cooking.

- Liver is at the top when we list the important organs for a healthy immune system. A liver has to be healthy enough to detoxify and provide a good environment for the cells of the immune system. The path to a health liver passes through the gardens of cruciferous vegetables including kale, broccoli, spinach, and cabbage.

- The gold from the garden: ginger and curcumin. These are gifts of Ayurvedic traditions to the world. According to the Ayurvedic practices, these spices warm up the body and help to break down the accumulation of toxins in the organs.

Their effect is highest in the lungs and air sinuses. Moreover, their anti-inflammatory effect has the widest spectrum above all spices, so they are good for almost anything.

Ayurvedic traditions also believe that ginger helps cleaning out the lymphatic system, causing an additional beneficial effect regarding immune diseases. By supporting your immune and lymphatic system with ginger and turmeric, you may prevent the accumulations of toxins so that they don't cause an overload.
Last Update: Aug 04, 2014 2:22 am
RELATED TOPICS