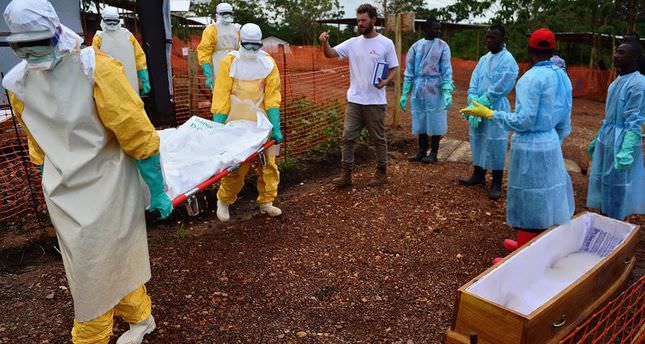 Liberia, the West African country with the highest death toll from the tropical virus at 413, received three doses of the rare serum in a special consignment this week.

Doctors Zukunis Ireland and Abraham Borbor from Liberia and Dr. Aroh Cosmos Izchukwu from Nigeria are the first Africans to receive the treatment. The drug has already been administered to two American healthcare workers and a Spanish priest, all previously working in Liberian hospitals.

The U.S. healthcare workers' health has since improved but the Spanish priest died.

A second healthcare worker at the Elwa centre which is housing the sick doctors confirmed that they were on their third day of a six-day ZMapp treatment.

Details of their condition are not known.

The U.N. health agency said only around 10 to 12 doses of the drug have been made and this raises difficult ethical questions about who should get priority access.

The apparent improvement in the two U.S. healthcare workers' condition has stoked popular pressure to make the drug available to Africans - a cause advocated by the Twitter hashtag group #giveustheserum.

There is currently no vaccine against the highly-contagious disease and other forms of treatment are only designed to relieve symptoms such as fever, vomiting and haemorrhaging.

Up to 90 percent of victims die - a fatality rate so high that the U.S. Centers for Disease Control and Prevention (CDC) classifies the illness as a category A "bioterrorism agent" - although the current outbreak fatality rate is near 60 percent.

Liberia's President Ellen Johnson-Sirleaf has declared a state of emergency due to the outbreak, widely seen as the country's biggest challenge since the 1989-2003 civil war.

Health care workers fighting to stop the disease's spread in often overcrowded and ill-equipped clinics often succumb to Ebola themselves. The World Health Organization says that more than 170 healthcare workers have been infected and at least 81 have died.