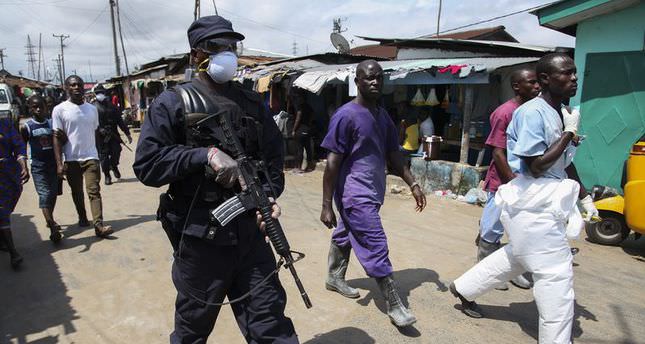 by AA Aug 20, 2014 12:00 am
The Liberian government has announced that three Ebola patients who have been administered the ZMapp experimental drug are showing signs of recovery.

"We are hopeful and grateful to God and to the medical team that they are showing signs of improvement," Information Minister Lewis Brown told a press conference on Tuesday.

He said the condition of the health workers, whose names he declined to reveal, had improved after taking the drug.

The minister described the improvement as exciting news and a step forward in the fight against the deadly Ebola virus.

He said the three health workers had signed death waivers before taking the experimental drug.

"This medicine is not an exact science [and] can't be predicted," Brown told reporters.

He revealed that the Ministry of Health was in touch with several drug makers and will seek the best options as the search for Ebola treatment continues.

The ZMapp drug arrived in the country last week, but reports say the shipment was not enough to benefit all those infected with the Ebola virus.

The government has not disclosed the remaining amount and who and when it would be administered to.

The trial medication has also been administered to two American health workers who are also improving.

But a catholic priest who also took the drug died in Spain.

Ebola, a contagious disease for which there is no known treatment or cure, has claimed more than one thousand lives in West Africa.

According to the World Health Organization, Liberia has 786 laboratory-confirmed, probable and suspect infection cases as of August 13.

It also registered 413 laboratory-confirmed, probable and suspect deaths, including 58 reported between 12 and 13 August.

It also reportedly spreads through contact with the body fluids of infected persons or of those who have died of the disease.

In another development, seventeen of suspected Ebola patients have turned themselves into treatment after escaping from a central Monrovia holding center that was vandalized by protesting locals.

On Saturday, people who were put under watch at the center after showing some Ebola signs ran for their lives when residents of the densely populated slum community of West Point looted the center.

The residents had refused the construction of the center in their community, fearing the spread of Ebola virus.

Several Senators have, meanwhile, called for the fight against Ebola to be turned over to the international community.

In nearly three hours of heated discussions, the lawmakers said the government was not doing much to stop the deadly virus.

They complained that health authorities were excluding lawmakers from the taskforce team on Ebola.

In late July President Johnson Sirleaf ordered the immediate closure of all schools throughout the country among other measures to contain the Ebola outbreak.

She also ordered that all non-essential staff of government ministries and agencies be placed on a 30-day compulsory leave.