Bonzai: Uncontrolled drug for all ages 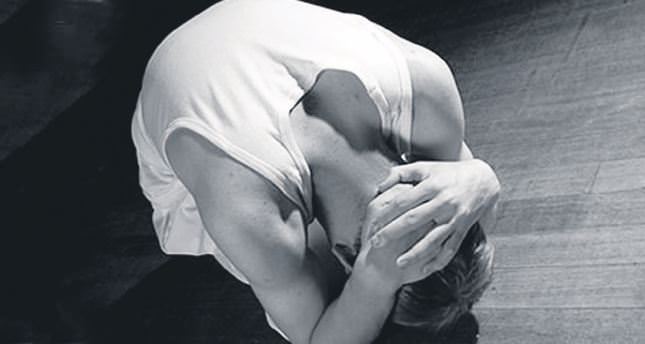 Bonzai has become a readily accessible and cheap narcotic that has detrimental effects. It is life threatening after the first use, and its victim is not defined by age, gender or size. It only has one end result: severe damage

No, bonzai is not the plant! It is the drug that has hit the streets of the United States, Western Europe and now Turkey. Although it is called bonzai, bonzai supersleep, and Soviet benzo in street language, it is a powerful benzodiazepine named phenazepam originally developed in 1974, and still being produced in Russia as well as some ex-Soviet states. Normally, benzodiazepines are used as minor tranquillizers due to their effect of relieving tension and anxiety. Moreover, they help the user to feel calm and relaxed. Currently, we have a major problem that affects people at all ages: uncontrolled recreational use of bonzai. In the scientific literature, phenazepam (bonzai) is reported to be approximately five times stronger than Valium, which is very well-known tranquillizer that is also used recreationally. The most common route of administration of Bonzai is by orallyingested tablets, so it is easy to overdose. However, it is also been reported that people take it through injections, snorting, and even through their rectum.

Bonzai is not a controlled substance as it was found to be an effective treatment of epilepsy and several neurological disorders including insomnia and acute alcohol withdrawal syndrome. Not surprisingly, it is used in clinical practice as well. They used to sell and market bonzai as a "legal high" or as a fake Valium, but this has changed. Current forms also include fine white powder and liquid.

Bonzai's main effect is to relieve tension and anxiety, and it provides a sedative effect. On the other hand, results in dizziness, drowsiness, or loss of coordination. Moreover, taking larger doses will cause anteretrograde amnesia, which makes the user forgetful. This effect is seen in short acting anesthetic agents in clinical practice, but literally this drug will put its users to either sleep or can even potentially put them into a comatose state. After dosing, its peak effects are generally reached in 2-4 hours, while its half-life is around 60 hours. This means that its effects kick in rapidly, but chemically, the time taken for the amount in the body to decrease by 50% takes more than 2 days. The longer it takes for it to be cleared from the body makes the user more susceptible to addicted, and also need of extra dosing to get the same initial effect. So, once the user ingests more and more, the body concentration increases, and when it exceeds the limit, it may terminate the life of user by putting them into permanent sleep! That being said, tranquilizers do not only sedate your brain, they also slow your heart. Thus, once the body reaches high doses, it may also stop the heart (not a heart attack but literally turning it off). People have taken what they thought was a normal Valium dose, but is in fact a high dose of bonzai, and have ended up in hospital if they are lucky enough.

If you are addicted to it, the game is not over, but it is very tough for you to recover (but not impossible) due to its substantial withdrawal symptoms. Its increase in use for recreational purposes has been reported in Western Europe in the last couple of years, now in Turkey as well, and its use has spread to the United States with recorded deaths due to its use.

Bonzai should not be taken at all, but the risk increases with its use with alcohol or other central nervous system depressants. Surprisingly, bonzai-phenazepam was found to be an ingredient of an herbal m i x tu re named Kronic, which was sold in New Zealand and Australia. Although it was removed from the market after this finding, people may still find this herbal remedy to smoke. I believe that the Turkish form might be something similar to Kronic, since they call it herbal instead of chemical.

Surprisingly, it has been sold as an air freshener known as "Zannie" in the United States, and people get high from it by spraying it into the mouth. Spraying trough the mouth causes rapid absorption and a fast track effect that may even be more fatal in this case. A report documents that the test of this air freshener revealed to have 100 percent bonzai in it. We must all be aware that this poison might be marketed in so many different forms, and also makes it challenging for law enforcement officers to crack down on it. Many could reach it easily due to its cheap price and different forms, but never forget that there is a huge price that may not even be paid even if you sacrifice your life.
RELATED TOPICS