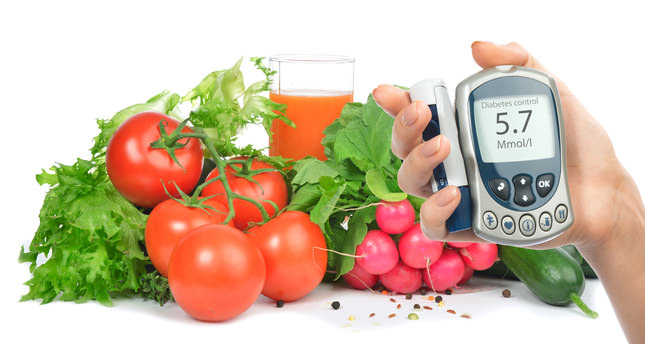 by AA Sep 02, 2014 12:00 am
Turkey's Ministry of Health announced a mobilization plan against diabetes. According to the data obtained from "The Sixth Diabetes Atlas," which has been recently published by the International Diabetics Federation (IDF), half of the diabetic population lives in China, India and the United States of America. According to 2035 predictions, Turkey will be among the top ten countries with the biggest population of diabetic individuals. However, as the Atlas notes, the number of diabetic people in Turkey is increasing more rapidly than expected, and is reaching the numbers that were predicted to be hit 20 years later.

The Ministry of Health has prepared "Turkey Diabetes Program 2015-2020" draft. According to the draft that features how to fight diabetes and what can be done for diabetics over the next five years, a call center will be established to answer all questions related to diabetics and their relatives. Moreover, there will be a subject in life and science course books of elementary schools under the title of "Diabetes in Children." There will be a project to support children with diabetes at schools and within the scope of this project, the school nursing system will be developed, and school administrations and teachers will be trained.

During central examinations, the special conditions of diabetic children will be taken under consideration and required arrangements will be made. Furthermore, there will be legislative arrangements for poor diabetic children. The parents of these children will get nutritional help and they will be trained about diabetes. It will also be ensured that imams will talk about the importance of a healthy life, healthy nourishment, physical activity and diabetes.

Additionally, during sports matches with high participation, there will be visual and audial broadcasts about diabetes and risk factors. More information as well as mobile applications that are being developed related to this matter can be found on the Ministry's diabetes web site: http://diyabet.gov.tr.