Start early for a lifetime of good vision and healthy eyes 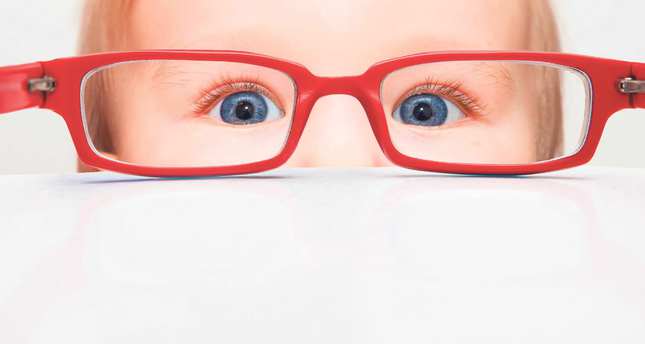 by Sep 21, 2014 12:00 am
If your mother told you to eat your carrots so you'd be able to see in the dark, she was right. It turns out that feeding kids carrots is just one of a number of things parents can do to promote a lifetime of healthy eyes and good vision. Other things include regular eye exams, and sunglasses or hats to shade kids' eyes, experts say. While so-called refractive error (that is, the need for vision correction) and eye disease is sometimes hereditary, and some eye disease is congenital, some issues are preventable, said Dr. Ron Weber, an Atlantabased ophthalmologist. For example, myopia, or nearsightedness, "not only has a genetic component but is also influenced by how kids use their eyes during childhood," he told Reuters Health by phone. He said that extended close work, such as reading, has long been suspected to cause nearsightedness.

Recent support for the association has come from a study in which people with a higher level of education were more likely to have myopia, purportedly because they spend more time reading or working on computers. Another study showed that children who spend more time outdoors are less likely to become myopic. But these findings don't mean kids should be discouraged from reading or working on the computer.

Instead, Weber suggests, make sure a child's environment is well-lit while they are doing close work. Parents should also help kids get into the habit of holding their reading material at the optimal distance - about 18 to 22 inches, he said. Finally, taking a break every five minutes or so, to let the eyes relax and focus on an object in the distance, will also help.

One of the most important things a parent can do to help head off eye disease and vision problems is to make sure their child gets regular eye exams, beginning early in life. "The majority of vision problems in children are preventable and treatable," said Dr. Ida Chung, president of the College of Optometrists in Vision Development. "Eye conditions, whether hereditary or not, can best be managed by having the child receive their first eye examination as early as possible."

Chung recommends that children have their first eye exam before turning one. The American Optometric Association has a recommended schedule of exams for older kids. Children should also be tested for visual skills before starting school - not just sight, but how eyes track, depth perception, 3D vision, and sustained focusing. "If a child is found to have deficient visual skills, treatment with optometric vision therapy can result in dramatic improvements in a child's visual comfort,"Chung said.

Finally, many parents don't think of putting sunglasses on their kids, but experts say it should be as second nature as other sun protection. "If your kid is in a situation where you're putting sunscreen on their skin, that should prompt you to also put a hat on to shade their eyes, and maybe sunglasses," said Weber. Added Chung, "Children's crystalline lens are particularly susceptible to UV radiation and due to their young age (they) are at a higher risk of accumulative effects that lead to premature cataracts when they are older."

She said that because children spend a lot of time outdoors, it's important to make sure that the direct exposure to sunlight doesn't damage their retinas. She advises parents to look for sunglasses that block out 99 to 100 percent of UV-A and UV-B radiation, screen out 75 to 90 percent of visible light, and have lenses that are gray for proper color recognition. As for those carrots? "Vitamin deficiencies, particularly vitamin A, can damage vision," said Weber. "So, yes, carrots are good for your eyes. We also know now that macular degeneration, which is a disease of the elderly, is associated with a deficiency of antioxidant vitamins. The development (of this disease) can be slowed by eating antioxidant vitamins and fresh fruits and vegetables, especially greens. It's good for kids to develop those habits now." Chung pointed out that eating a lot of carrots won't have a direct effect on a child's vision. But, she agreed, "Carrots do contain Vitamin A. The eye does need good nutrition to develop which includes Vitamin A." Omega-3 fatty acids are also important for proper eye and vision development, she added.