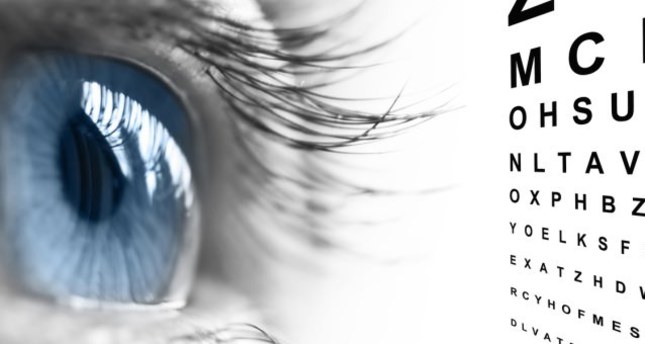 by Oct 09, 2014 12:00 am
Recently, Dr. Aziz Çil of Medical Park Samsun Hospital shared information about amblyopia (lazy eye) in children. In his statement, Çil said that amblyopia is decreased vision in an eye even if there is no abnormality, but it occurs due to problems in childhood. The most common causes of this disorder are strabismus (cross-eyes), severe visual impairment in one eye or both eyes, eyelid ptosis or innate cataract problems. "Children suffering from strabismus should begin treatment as soon as it is discovered," Çil said, adding that they first determine the cause of strabismus then treat it. Although some cases of strabismus are cured with glasses or by covering the eye for some time, some patients might also need surgery. "Moreover, it must be remembered that dangerous eye diseases such as eye tumors are revealed through problems such as strabismus," said Çil. One of the most common reasons for amblyopia is severe visual impairment in one or both eyes. Severe myopia (nearsightedness), astigmatism and hyperopia (farsightedness) each cause amblyopia if they are not treated in time. "Especially visual impairment in one eye is highly dangerous since it is hard to detect in early ages, as one eye of the child sees clearly. Usually by the time it is discovered it is too late," Çil said. Moreover, amblyopia can be prevented in children with visual disorders who start using glasses at early ages. Çil underscored that if the problem is serious, even children under the age of one are prescribed glasses. If a child's myopia is over three diopters, hyperopia over four diopters and astigmatism above 1.5 or two diopters, the child with the visual impairments in both eyes should be prescribed glasses immediately. "For example, if one eye of a child is healthy and the other has a hyperopia of two diopters, he or she might be in a danger for future amblyopia," Çil said. Amblyopia related to strabismus and visual impairments generally make a full recovery as long as the patients receive treatment until the age of three; however, the success rate drops with advancing age. Children and grandchildren of parents with amblyopia especially carry the risk factor for this eye disorder.

Çil said that there is no need to rush for surgical procedures as long as the eyelid does not close in cases of eyelid ptosis. However, he did emphasize that babies with a severe innate cataract should be operated within eight weeks following their birth. "Therefore, the first eye examination of the child should be performed around the age of one. Babies should be taken to the eye doctor preferably when they are six months old. In case of need, periodic examinations should also be completed," Çil concluded.