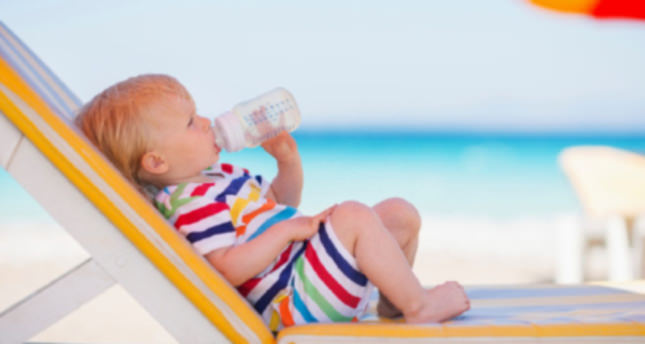 by Daily Sabah Oct 09, 2014 12:00 am
Babies that suffer from vitamin D or iron deficiency are also afflicted with a disturbed sleeping routine, according to Professor Metin Kılınç, M.D of Gaziantep University (GAÜN).

Kılınç said sleep is the basic physiological need for brain and body developments and noted that growth hormone is mostly discharged during a baby's deep sleep. "Serious sleep routine problems cause this hormone to be discharged at a lower rate than usual, affecting baby's growth," he said. "Disturbed sleep routines not only negatively affect baby's growth but also the parent's quality of life."

Babies that sleep less than they should also have sleeping problems. Normally between three and nine months, babies should spend 60 or 70 percent of their time sleeping and taking naps for between one and five hours during the day time. Babies between nine and 24 months old should sleep for 12 hours in total. If a baby sleeps less than normal, parents must look for reasons. "For example, the baby's diaper might be wet, it might be hungry or in pain however, these are temporary problems. If the baby sleeps less than usual all the time, vitamin deficiency might disturb its sleep routine," Kılınç said. The sleep routine of babies who suffer from vitamin D and iron deficiency is disturbed. As these deficiencies can also cause mental problems, parents are advised to have their babies tested for blood value. Since 2005, babies have been given extra vitamin D in clinics and this has helped to reduce vitamin D deficiency in babies.