‘Smoker disease’ to become fourth leading cause of death 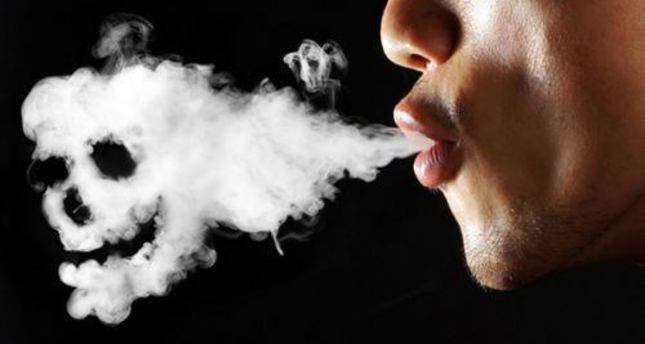 by AA
Nov 17, 2014 12:00 am
Estimates claim that chronic obstructive pulmonary disease (COPD) will soon be the third leading cause of death among noncontagious diseases and the fourth among all diseases worldwide. COPD is a lung disease characterized by chronically poorly airflow and is not fully reversible. The prevalence of the disease exists within 15 to 20 percent among adults over 40.

The Turkish Thorax Society released a statement making Nov. 19 "World COPD Day." The statement says COPD develops in one out of five people over 40 in Turkey. "Every one patient out of 10 patients with COPD consults physicians and is accurately diagnosed. In other words, only between 300,000 and 500,000 patients with COPD are aware of their disease although there are almost 3 to 5 million COPD patients in Turkey," it continued.

According to the findings by the Global Burden of Disease (GBD), 2.9 million patients die due to COPD annually. It has been found that COPD leads to 5.5 percent of all deaths across the world. The Turkish Thorax Society also stated smoking is the most common risk factor in COPD, which causes respiratory complaints such as cough, dyspnea and producing phlegm. "Smokers suffer from more respiratory complaints and impaired respiratory function than others. The rate of death from COPD is also high among smokers," the statement indicated. Hookah (water pipe), tobacco pipe and Cuban cigar contribute to the development of COPD. The hereditary risk factors have not been confirmed among patients with COPD. Air pollution and the use of cow chips and wood are known as risks. Insufficient physical activity is also another factor.