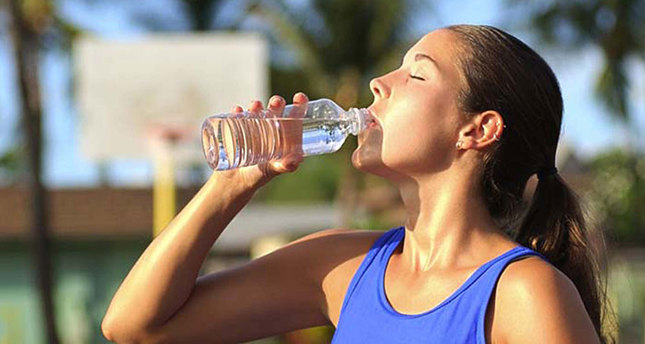 by Daily Sabah with AA Dec 16, 2014 12:00 am
İsmail Özdemir, the president of the Bottled Water Producers Association (SUDER), told an Anadolu Agency (AA) correspondent that headlines such as "germs detected in 127 bottled water brands" have a negative affect on the drinking water industry. He stated that such news provokes anxiety among the public and said, "These headlines misinform the public. It is not possible for producers to put their products on the market if the ministry finds anything out of the ordinary." Although the number of improprieties in bottled water cases has increased in 2014, Özdemir noted that the quality of carbonized water has improved compared to previous years. The ministry also imposes disincentive sanctions on the brands that fail to pass the ministry's inspections.

The Health Ministry conducts constant inspections on both sellers and producers. Moreover, samples are taken from the springs, factories and stores for analysis in laboratories. If the ministry detects any irregularities in the production and the quality of the water, production is stopped and all bottled and carbonized waters are collected and destroyed under the supervision of Public Health personnel. Companies which fail inspections are not allowed to put their products on the market until they rehabilitate their working environment. Companies that are unable to meet the standards have their licenses canceled and facilities shut down. Özdemir claimed once the "Bottled Water Sale Points and Transportation Vehicles Notice" takes effect, the issue of bacteria in the drinking water will be solved. "We believe that the practices outlined in the notice will resolve any problems caused by transportation and storage," he said, and concluded by saying the notice will help them to preserve and protect the quality of drinking water from the springs to consumers.

The dispute over the cleanliness of tap water in Ankara became heated last march. Following the Public Health Agency's claims about water pollution in Ankara's tap water, the mayor of the Ankara Metropolitan Municipality, Melih Gökçek, denied the allegations and drank tap water during a press conference in order to demonstrate the purity of the water. Moreover, Gökçek filed a criminal complaint against CHP Ankara deputy Aylin Nazlıkaya claiming she "slandered and insulted" as well as "provoked grudge and hostility among the public" through her Twitter account. In response, Nazlıkaya said the Health Ministry has a detailed report on Ankara's polluted tap water and accused Gökçek of trying to conceal the report.